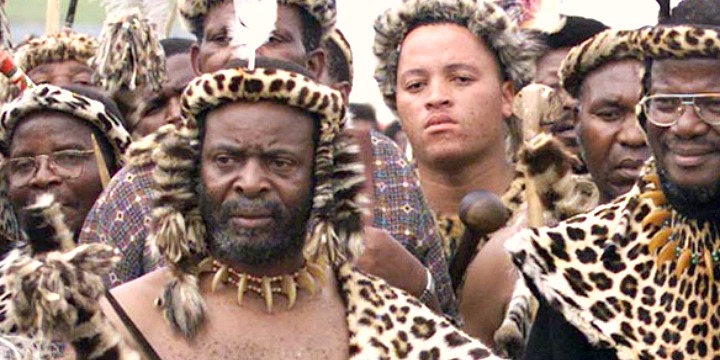 The king of South Africa’s Zulu nation has urged the country’s ruling African National Congress (ANC) to retain close ties with Israel, following last month’s vote by the ANC at its national conference to downgrade the South African Embassy in Tel Aviv to a “liaison office.”

King Goodwill Zwelithinii — the constitutionally-recognized monarch of the 12 million Zulus who make up South Africa’s largest ethnic group — told a delegation of the ANC’s senior leadership that he had developed a close relationship with Israel and the South African Jewish community since his 2009 decree introducing medical circumcision for boys in a bid to halt the spread of the AIDS virus.

According to the World Health Organization, there is “compelling evidence that male circumcision reduces the risk of heterosexually acquired HIV infection in men by approximately 60%.” More than 700,000 males have been circumcised since the decree was issued by the king.

“There are two clinics that have been built by Jewish organizations in this kingdom,” the king told the ANC delegation, whose members included the new party president, Cyril Ramaphosa, at last week’s meeting.

“They came here because I requested them to come,” the king said. “They (the South African Zionist Federation and South African Friends of Israel) built these clinics the day I announced circumcision on December 6, 2009.” The two clinics, in Mathubathuba and Emondlo, provide HIV-related health services and education for the surrounding communities.

The king urged Ramaphosa and his colleagues not to enmesh South Africa “in wars that we know nothing of.”

Highlighting the benefits of Israel’s water management technology for South Africa, the king observed that “we will find that the people that we involve ourselves with, in their wars, are the same people that work in ways that can help us with our drought issues, which we are still facing because our dams are still not full.”

“They can change that and make our dams our source of life,” the king declared.

Other leading figures in the Zulu nation have also spoken out against the ANC decision to downgrade the South African Embassy in Israel. Nkosi Bishop Phakama Shembe — a key leader of the Shembe Church launched in the early twentieth century by the African evangelist Isaiah Shembe — made a statement this month asserting that “for South Africa to prosper, we firmly believe that it must stand in support of Israel, not against it.”

“Today, unfortunately, there are other voices within our society that are demanding the opposite,” Bishop Phakama Shembe said. “The Shembe Church, no less than right-thinking people around the world, wholeheartedly supports the initiatives aimed at achieving peace between Israel and its neighbors.”

The bishop emphasized that South Africa’s duty was “not to choose the path of boycott and disengagement, but to assist in whatever way we can.”