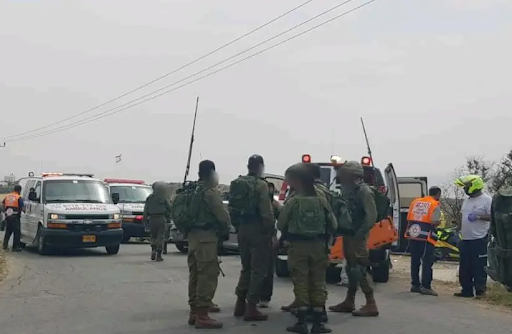 The IDF initially reported the terrorist was shot and was in critical condition. One soldier has been seriously injured and is treated by military medics and Magen David Adom (MDA) paramedics, the MDA Spokesperson said.

The 21-year-old soldier was evacuated to the Soroka Medical Center in Beersheba and is not treated in the hospital’s trauma center, Soroka confirmed. MDA reported the soldier was alert and stable on his way to the hospital.

“When we arrived at the scene, we joined an IDF medical unit that was treating a young man injured by the car,” MDA paramedic Elyashiv Amati said. “We evacuated him immediately in stable condition in our [advance life support] emergency ambulance to the hospital.”

According to the IDF Spokesperson’s Unit, the vehicle was driving in high speed toward a military position near the settlement of Negohot in the Hebron hills area in the Judea operational area.