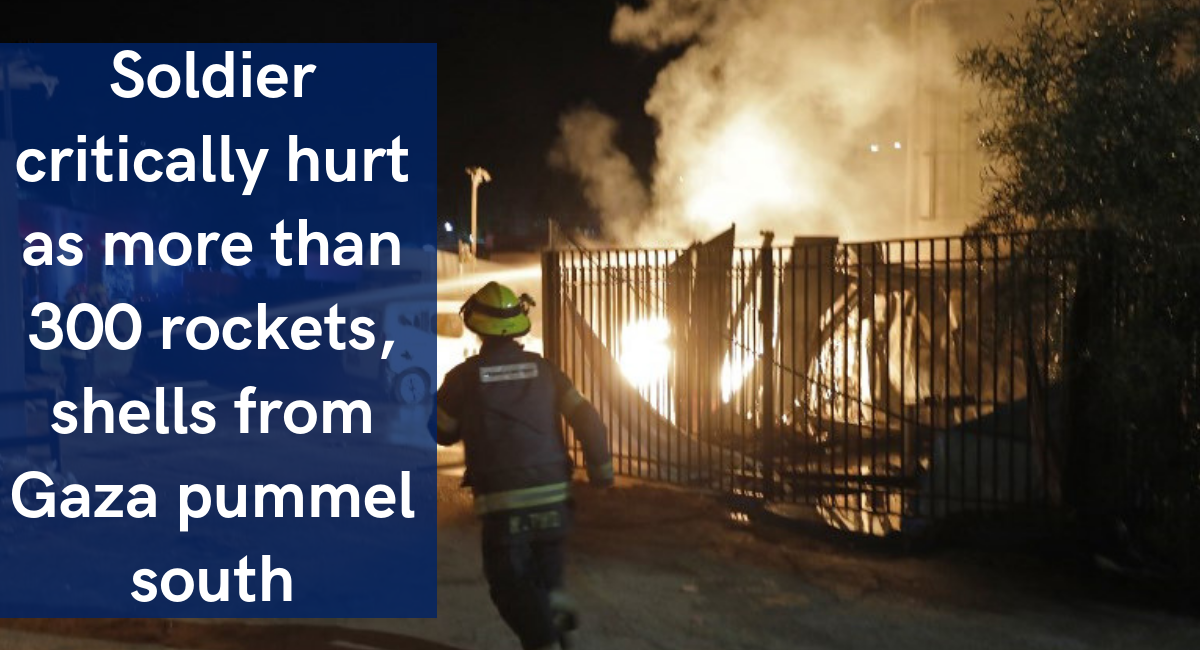 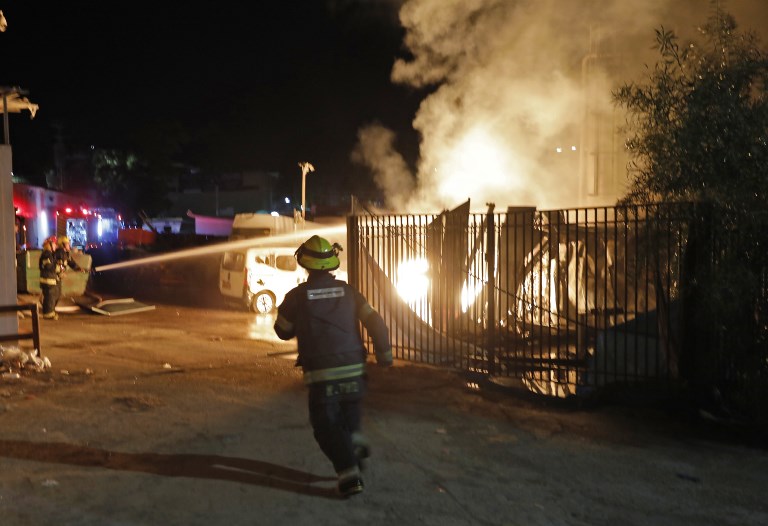 Fresh fighting erupted on the Gaza border Monday afternoon, with dozens of projectiles fired by terrorists in the Strip striking southern Israel, as well as an anti-tank missile attack on an Israeli bus near the border that seriously injured a soldier, officials said.

According to the Israel Defense Forces, more than 300 projectiles were fired at Israel, triggering sirens in Israeli communities close to the Gaza Strip, in the city of Beersheba and even as far away as the Dead Sea and the West Bank’s Hebron Hills.

Some 60 incoming rockets and mortar shells from Gaza were intercepted by the Iron Dome air defense system, the military said, while several others struck homes and buildings in Israeli communities near the border, causing light injuries and severe damage. The IDF said that the majority of the projectiles that were not intercepted fell in open areas, causing neither casualties nor damage.

In response to the heavy barrage from the Gaza Strip — one of the largest attacks since the 2014 war — Israeli fighter jets launched a series of air and ground strikes. At least three Palestinians were killed by Israeli fire in the retaliatory attacks and three others were wounded, the Hamas-run Gaza health ministry said.