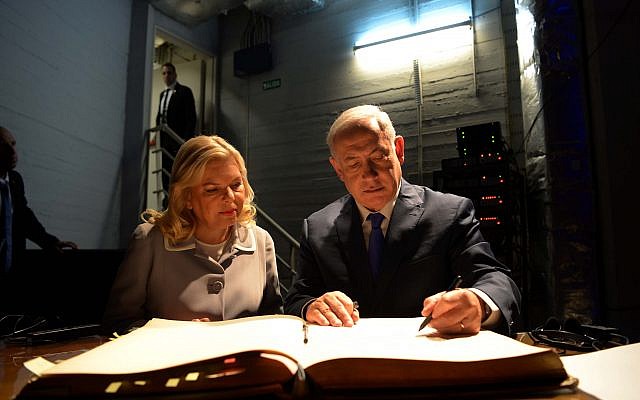 “Israel has been and will continue to be a spearhead in the struggle against global terrorism, and we will continue to act with determination, in various ways, to defend ourselves from the aggression and terrorism of Iran and against terrorism in general,” he said at an event at the Asociación Mutual Israelita Argentina Jewish community center, known as AMIA.

Hours after landing in Buenos Aires, the prime minister’s delegation headed to the site of the former Israeli embassy, which was rocked by a suicide bombing on March 17, 1992.

Twenty-nine people were killed in the Iranian-sponsored attack, including four members of Israel’s foreign service, the deadliest ever attack on an Israeli mission. Three Israelis whose loved ones were killed accompanied the prime minister from Israel for the memorial.

“Iran stood behind these events,” Netanyahu said at a ceremony at the site, referring to Iran’s role in orchestrating both the 1992 embassy attack and the bombing of the AMIA Jewish community center in Buenos Aires in 1994.

Netanyahu earlier told reporters that activity by Iranian proxy Hezbollah in Latin America would be on the agenda in meetings with leaders during his four-day tour through Argentina, Colombia and Mexico.