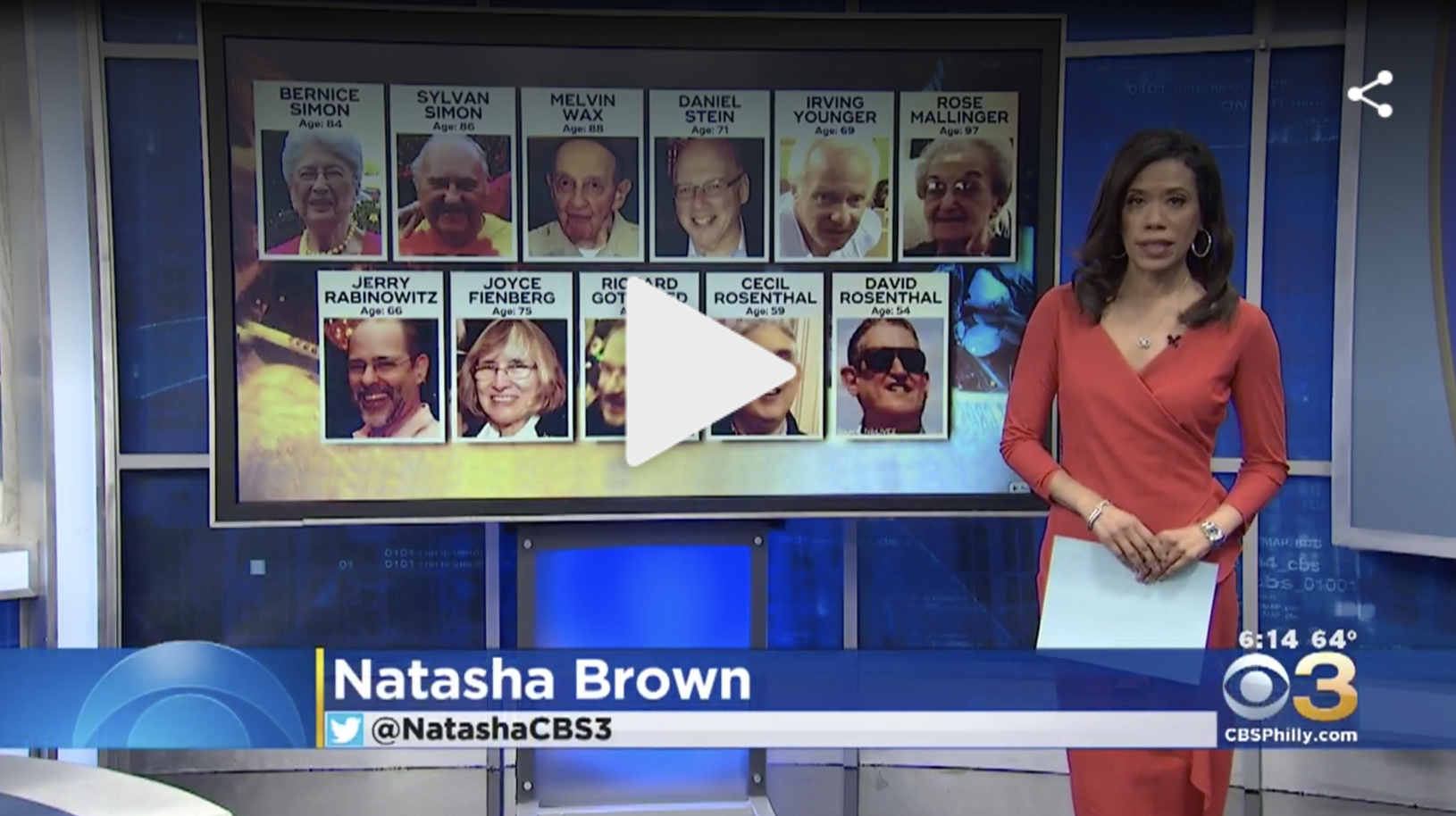 PHILADELPHIA (CBS) — This weekend marks one year since the deadliest attack on Jews in American history. Eleven people were slaughtered over their faith as they worshipped at the Tree of Life synagogue in Pittsburgh. To mark the observance in Philadelphia, Jewish and city leaders are urging people to do one thing.

There is a rallying call from city and Jewish leaders for community members to show up for the Shabbat.

Eleven people were killed when a gunman stormed their sanctuary, murdering members in a hateful act of anti-Semitism.

“Together with allies, we will continue to raise voices against anti-Semitism and hatred,” Councilmember Allan Domb said.

City councilmembers flanked by members of the Jewish community and leaders of all faiths came together Thursday morning to share a resolution urging community members to join Shabbat services on Friday evening and Saturday morning.

“This weekend is Show Up For Shabbat. We’re asking everyone who’s Jewish, not Jewish, come together as citizens of this city and really show up and show your support for being against anti-Semitism,” Domb said.

Reminders of the Pittsburgh massacre are ever-present at Adeth Israel in Bala Cynwyd. A memorial honoring the victims is illuminated in the sanctuary.

“As we reflected over the course of the high holidays and have been reflecting all year, unfortunately, the reality of those who would hate Jews and act on that hatred is nothing new in Jewish history,” Rabbi Eric Yanoff said.

Yanoff says the Pittsburgh tragedy and the shooting at a California synagogue have made him more vigilant about security in a place where your safety shouldn’t be shattered.

“It hit close to home and that has caused us to always, as we always do, make sure our security procedures and training are up to date,” Yanoff said.

The #ShowUpForShabbat initiative was the largest expression of solidarity with the Jewish community with more than 250 million people using the hashtag on Facebook and Twitter in the days following the Pittsburgh synagogue tragedy.