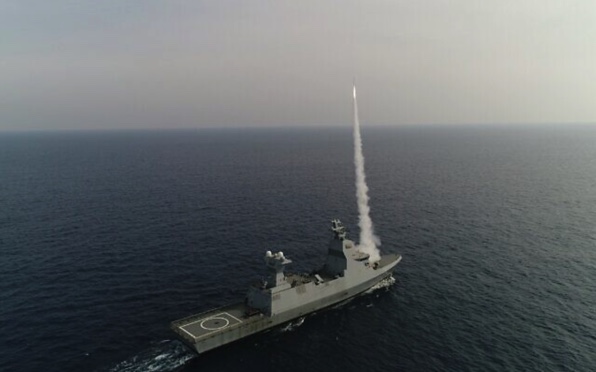 An upgraded version of the Iron Dome air defense system has completed a set of “complex” trials simulating threats the system is likely to face at sea, the Defense Ministry and military announced Monday.

The advanced model of the Iron Dome was installed on the Israeli Navy’s new Sa’ar-6 corvettes, which are tasked with guarding the natural gas platforms off Israel’s coast as well as its shipping lanes.

The tests, which the Iron Dome completed successfully, represented “an important milestone in the operational ability to protect the strategic assets and vital interests of the State of Israel,” the Defense Ministry and Israel Defense Forces said in a joint statement.

In a video released by the ministry (above), the Iron Dome was seen intercepting a small unmanned aerial vehicle and a rocket launched toward the ship during the exercise. The ministry said the system was also pitted against cruise missiles during the trials, without detailing further.

The announcement comes after Israeli air defenses failed to down a small drone that entered the country from Lebanon on Friday, which the Iran-backed Hezbollah terror group claimed responsibility for launching.