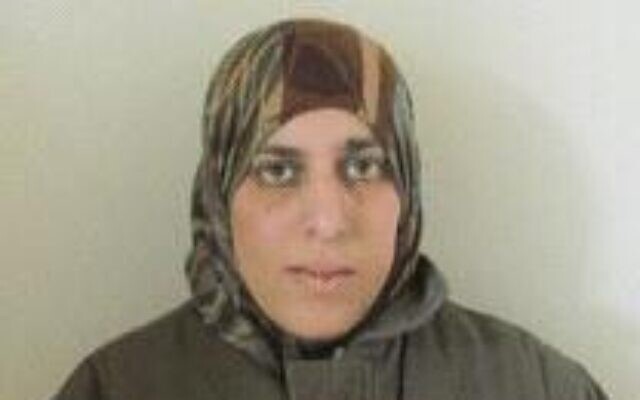 The Shin Bet security service announced on Saturday that it had arrested an Arab Israeli woman who allegedly used her position as a humanitarian worker on behalf of the needy in Gaza to funnel money, supplies and intelligence to the Hamas terror group.

Aya Khatib, 31, from the northern town of Ar’ara, was recruited by a pair of fighters from Hamas’s military wing, the agency said in a statement, though it did not specify the date of her recruitment.

Khatib was arrested last month, but her identity and details of her case had been held until Sunday.

As part of her relationship with the two Hamas agents — Muhammad Falafel and Muhammad Khalawa — Khatib transferred hundreds of thousands of shekels to the terror group “while scamming aid organizations and innocent civilians who donated funds with the aim of reaching patients and the needy” in the Gaza Strip, according to the Shin Bet, which said part of the money went directly toward financing terror activity, such as attack tunnel construction.