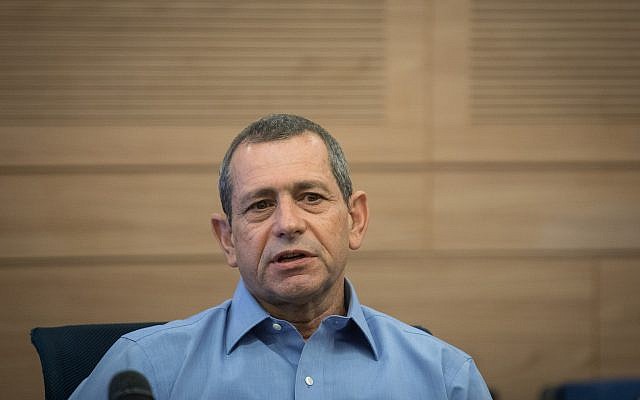 “The past year was filled with security challenges on all the fronts in which we operate. During it, we prevented upwards of 560 significant terror attacks, including 10 suicide bombings, four kidnappings and more than 300 shooting attacks,” Argaman said.

The number was a slight uptick from 2018, when the Shin Bet was credited with foiling some 500 terror attacks.

The past year also saw a number of fatal attacks, including a bombing at a West Bank spring that killed an Israeli teen, and a stabbing attack in the West Bank’s Etzion settlement bloc in which a yeshiva student was killed.

In total, five Israelis were killed in suspected terror attacks in 2019, not including Gazan rocket attacks, a sharp decrease from 2018 when at least 11 were killed.

Argaman made his remarks alongside Prime Minister Benjamin Netanyahu at an annual award ceremony for the organization.

The Shin Bet chief credited the foiling of the attacks to the security service’s “dedication, determination, perseverance, professionalism and creativity.”

Netanyahu praised the Shin Bet, saying its efforts gave Israelis a “feeling of security, which does not go without saying in our country.”

The prime minister added that the security service’s efforts was part of a larger fight against the threat posed by Iran.

“The big goal is to overcome the Iranian threat, which is a conventional threat, a nuclear threat and a terrorism threat, to overcome it the way we overcame the big threat of Pan-Arabism. We can do that, we’ve proven it,” he said.

Netanyahu was referring to a movement that saw its peak in the mid-20th century, which called for a unified Arab world from North Africa through the Arabian Peninsula. This movement saw Israel, which interrupted that union, as a major enemy.

The Pan-Arab movement began dying out following Israel’s victory in the 1967 Six Day War and was seen as officially ending with Egypt’s peace treaty with Israel in 1979.

In July, the Shin Bet said it had busted an effort by the Hamas and Hezbollah terror groups to recruit Arab Israelis to spy for Iranian intelligence.

Most attackers caught by Israel were considered to be lone wolf assailants without any major instruction from above, though security officials have indicated fears that terror groups may be starting to plot larger more complicated attacks.

Netanyahu said the Shin Bet’s successes in the area of counter-terrorism saved the lives of hundreds of Israelis, “maybe more.”

Argaman and Netanyahu presented awards to six Shin Bet projects or operations from 2019 that were deemed “extraordinary.”

The identities of the recipients were not revealed.

In November, Argaman said that his organization had thwarted over 450 significant terror attacks in the previous year.

“In the past year, we have thwarted over 450 significant terror attacks, and we have allowed Israeli citizens to have full and comfortable lives in the day-to-day without knowing what’s going on underground,” Argaman said at a defense expo in Tel Aviv.

Argaman credited these successes to specialized technologies used by the service, its cooperation with other Israeli security forces and its “synergy with our counterparts around the world.”