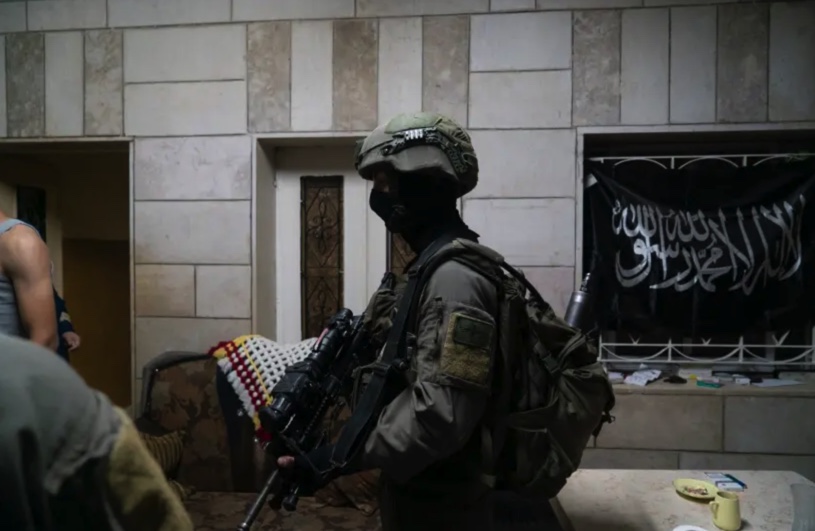 Just a day after a Hamas operative killed an Israeli and injured four others in a terrorist attack in Jerusalem, the Shin Bet revealed on Monday that it had thwarted a massive Hamas terror network planning terror attacks in Israel and the West Bank.
The network, led by senior Hamas officials living abroad, operated throughout the West Bank and aimed to carry out attacks including suicide bombings in both the West Bank and Israel proper.
Some 50 cell members were arrested in the joint Shin Bet, IDF and Israel Police operation. According to a statement released by the Shin Bet, the cell members arrested were involved in establishing the cell and raising funds to buy weapons. During the arrest operation, weapons and enough explosive materials to make three or four suicide belts were seized.
The cell members were drafted from around the West Bank, including Ramallah, Hebron and Jenin. One of the main individuals involved in the formation of the network was Hijazi Qawasmi 37,, a known Hamas operative from Hebron. Qawasmi had been arrested multiple times due to his work for Hamas and planning for terror attacks.
Read More: The Jerusalem Post