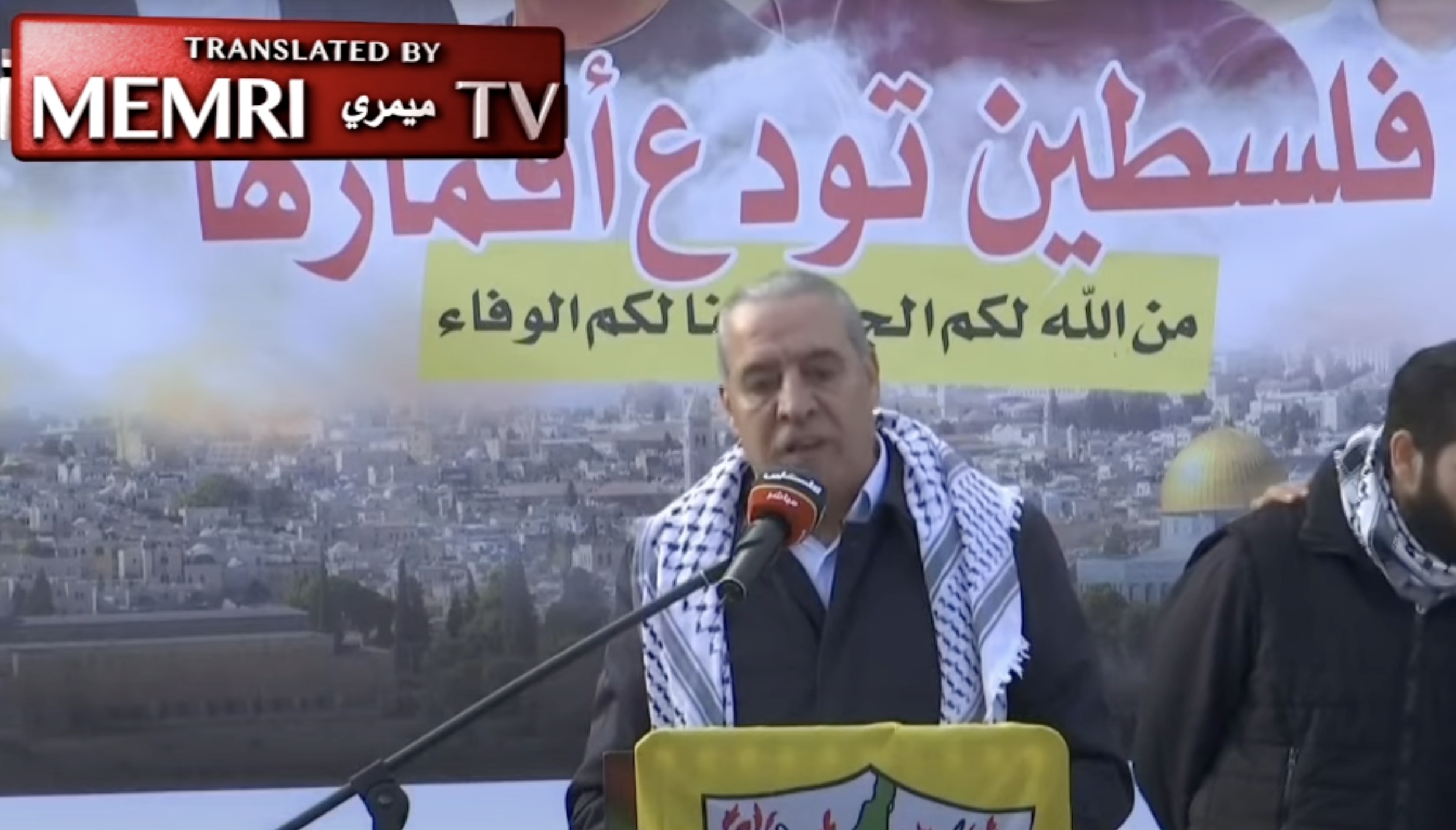 Senior PLO official: ‘Martyrs’ and prisoners are ‘most precious jewel’ for Palestinians

“Even if we have one penny left, it will be spent on the families of the martyrs and prisoners,” said PLO Executive Committee Secretary-General Hussein Al-Sheikh at a ceremony celebrating Palestinian Martyr’s Day on Jan. 7.

The Palestinian “martyrs” and prisoners, as well as their families, are the Palestinian people’s “most precious jewel,” PLO Executive Committee Secretary-General Hussein Al-Sheikh said at a ceremony celebrating Palestinian Martyr’s Day on Jan. 7.

According to a MEMRI report, Sheikh, a possible successor to Palestinian Authority leader Mahmoud Abbas and considered a “moderate” who deals closely with Israel, claimed the Palestinians would spend every single dime they have on the so-called martyrs (dead terrorists) and their families as well as imprisoned terrorists. The ceremony was broadcast on the P.A.’s Awda TV.

Sheikh said, “I would like to reassure you of our firm and unwavering commitment: Our martyrs, prisoners, and their families are where we cross the line.”