Senior official says no ceasefire with Hamas, as troops remain on Gaza border 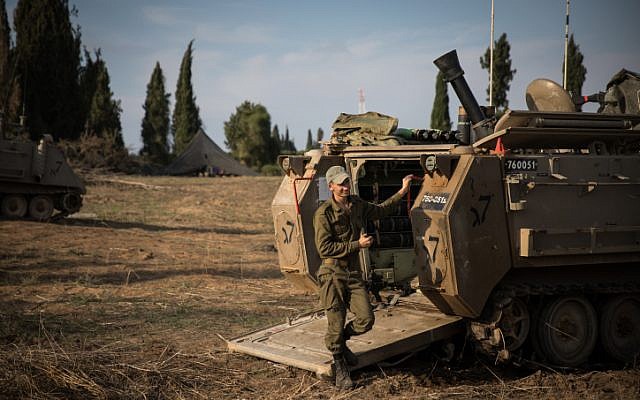 Israel did not agree to a ceasefire with Hamas, and is ready to continue its airstrikes on targets in the Gaza Strip, a senior official in Prime Minister Benjamin Netanyahu’s entourage to Washington said Tuesday, minutes before the delegation’s plane landed in Tel Aviv.

“There was no ceasefire,” the senior official said, speaking on condition of anonymity. Netanyahu was in constant contact with the IDF chief of staff and other security officials throughout the 12-hour flight back to Israel, the official added. .

Israeli troops and tanks along the Gaza border remained at the ready on Tuesday afternoon, hours after an unofficial ceasefire went into effect following the latest bout of warfare between the Israel Defense Forces and Hamas terror group in the coastal enclave.

“We had many targets in Gaza. These were the hardest blows Hamas has suffered since Operation Protective Edge,” the senior official said, referring to the 2014 war with the terrorist group in Gaza.

“We hit office buildings and other infrastructure. We sent a strong message,” the official went on. “The images were reminiscent of the end of Protective Edge.

“And we’re prepared to do even more. We will see what happens,” the official added.