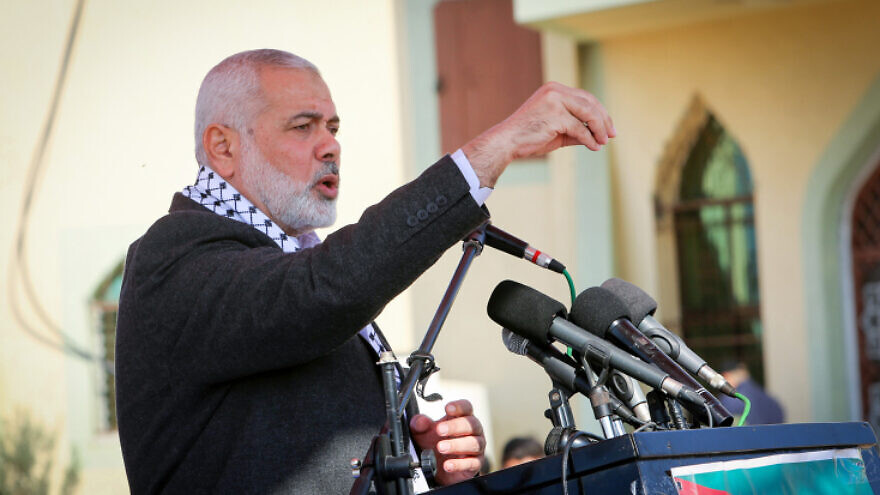 Hamas political bureau chairman Ismail Haniyeh arrived in Moscow on Saturday together with a senior delegation from the terror organization for talks with Russian officials.

The Hezbollah-affiliated Al-Mayadeen television channel, based in Beirut, cited a Hamas spokesperson as saying Haniyeh “has arrived in Moscow on a visit during which he wants to meet with Russian Foreign Minister Sergei Lavrov and a number of Russian leaders and officials.”

The Hamas delegation includes Saleh al-Arouri, the deputy head of Hamas’s political bureau, and who is responsible for orchestrating terrorism in the West Bank, as well as senior Hamas politburo members Moussa Abu Marzouk and Maher Salah.

“The Russian Foreign Ministry has requested that this visit last a few days. The purpose is to discuss the future of bilateral relations in order to aid the Palestinian cause,” the Hamas spokesperson added.