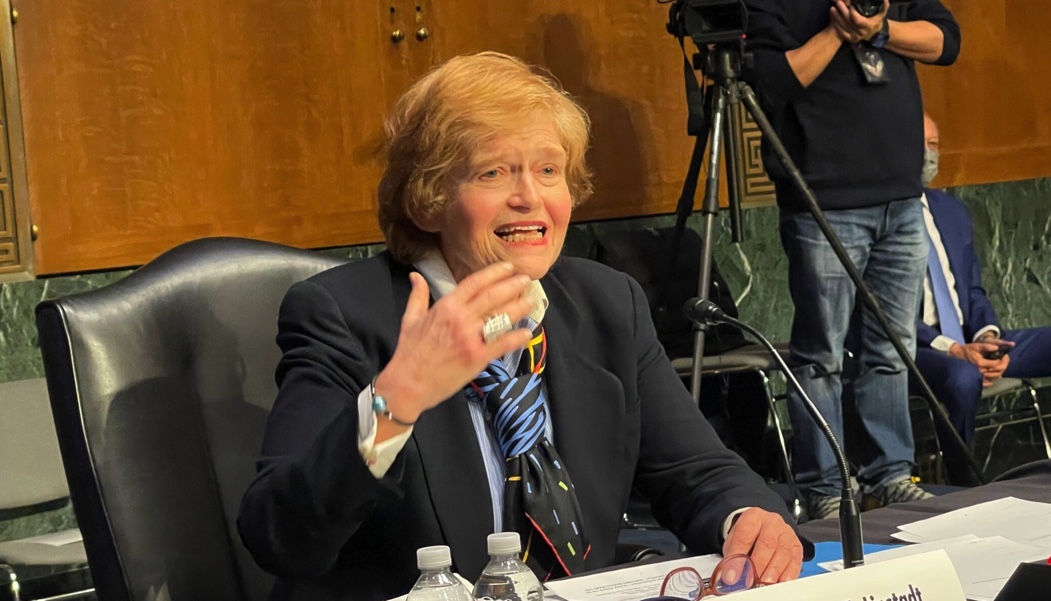 Two Republicans joined the Democrats on the Senate Foreign Relations Committee in approving Holocaust scholar Deborah Lipstadt to be the State Department’s next antisemitism monitor on Tuesday, paving the way for her likely confirmation by the full Senate.

Marco Rubio of Florida and Mitt Romney of Utah joined the Democratic majority in a vote, a committee spokesman confirmed to the Jewish Telegraphic Agency. The vote was 13-9 overall.

Lipstadt’s nomination has been held up by Republicans for months in part because she described a view advanced by Republican Sen. Ron Johnson of Wisconsin as “white supremacy” in a tweet last year.

Nonpartisan Jewish organizations, noting the recent spike in antisemitism, have pressed for Lipstadt’s confirmation. Some of the groups pressing for her confirmation, like the Orthodox Union and Christians United for Israel, have close ties with Republican lawmakers.

Lipstadt is perhaps best known for defeating Holocaust denier David Irving after he sued her in a British court for defamation for calling him a Holocaust denier. Her 2005 book, “History on Trial: My Day in Court with a Holocaust Denier,” was made into a 2016 movie with Rachel Weisz starring as Lipstadt.

Lipstadt, 74, has been for years a go-to expert for the media and for legislators on Holocaust issues, particularly on how the genocide’s meaning should be understood in the 21st century, and whether it had any cognates among anti-democratic forces in the current day. She twice endorsed Barack Obama for president but has been on call for her expertise across the political spectrum.