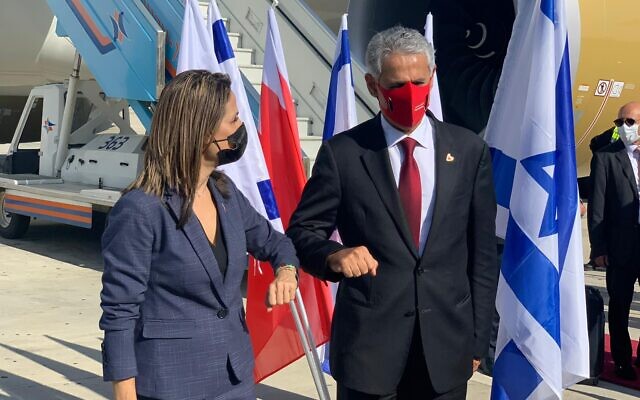 During his three-day stay, Bahraini Minister of Industry, Commerce and Tourism Zayed R. Alzayani, who arrived with a delegation of about 40 businesspeople, is scheduled to meet Prime Minister Benjamin Netanyahu and four Israeli cabinet members.

“The visit is very significant from our perspective,” said Eliav Benjamin, the head of the Arab world desk at Israel’s Foreign Ministry. “It is an illustration of what we and what the Bahrainis want to see in our relations — progress in our cooperation. This is true normalization between our two countries: trade, commerce, meetings between delegations and ministers and businesspeople.”

The commerce minister’s Gulf Air plane touched down Tuesday afternoon at Ben Gurion Airport, where he was greeted by Economy Minister Amir Peretz, Regional Cooperation Minister Ofir Akunis and Tourism Minister Orit Farkash-Hacohen. His delegation was then set to head to Jerusalem for various meetings with Israeli officials and businesspeople.