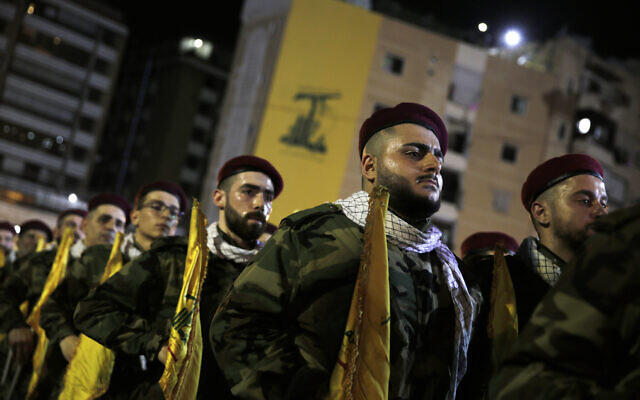 RIYADH — Saudi Arabia’s ambassador to Beirut said Thursday that Hezbollah was a threat to Arab security after the leader of the Iran-backed Lebanese movement branded King Salman a “terrorist.”

The latest exchange of insults follows a crisis between Lebanon and Gulf Arab states over the war in Yemen, and Saudi accusations that Hezbollah was meddling in the conflict.

“Riyadh hopes that the political parties will give priority to the supreme interest of Lebanon… and end Hezbollah’s terrorist hegemony over every aspect of the state,” ambassador Waleed Bukhari said in a statement to AFP.