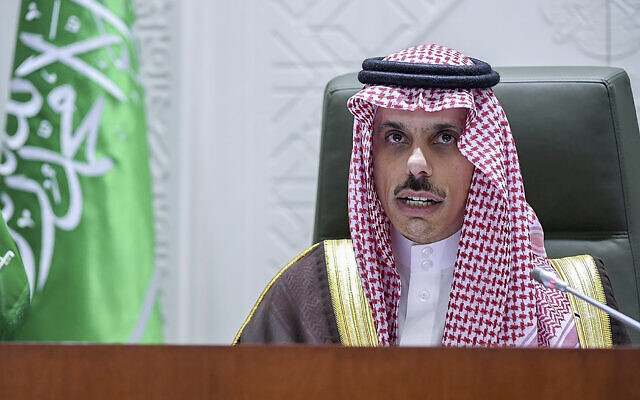 Normalization with Israel would bring “tremendous benefit” to the region, the Saudi foreign minister has said, but such an accord with the kingdom would depend on progress in the Israeli-Palestinian peace process.

But Saudi Foreign Minister Prince Faisal bin Farhan said Thursday that any deal with Saudi Arabia was “very much dependent on progress with the peace process.”

He noted that normalization had been on the table since the introduction of the 2002 Arab Peace Initiative on the condition of reaching resolution with the Palestinians.

“I think normalizing Israel’s status within the region would bring tremendous benefit to the region as a whole,” he said during an interview with CNN.

“It would be extremely helpful both economically but also socially and from a security perspective.”