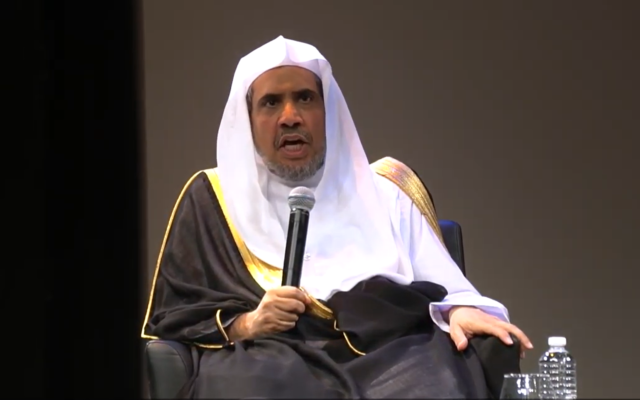 Saudi cleric Mohammed al-Issa sees combating anti-Semitism as a religious duty, an approach which saw the head of the Muslim World League awarded this week by Jewish groups.

Issa was given a prize by the Combat Antisemistism Movement and the American Sephardi Federation, in a virtual ceremony on Tuesday celebrating Muslim leaders tackling anti-Semitism and racism.

“Fighting anti-Semitism is a religious obligation and a moral obligation,” Issa told AFP from the Saudi capital Riyadh.

The former justice minister vowed that the Muslim World League would “keep on until there is no more anti-Semitism and racism.”

The organization is financed by Saudi petrodollars and is seen as a diplomatic arm of the kingdom, as well as an instrument of Wahhabism, the austere Sunni Muslim doctrine.

Political conflicts have led to tensions between Islam and Judaism, Issa said, calling on people to put such differences aside.

“Political outlooks change over time but our values, our morals should never change,” he said.

The Saudi cleric was praised in January by Prime Minister Benjamin Netanyahu, for traveling to Poland for events marking 75 years since the Nazi death camp Auschwitz was liberated.

“This is another sign of change in the attitude of Islamic bodies and, of course, the Arab states toward the Holocaust and the Jewish people,” Netanyahu said at the time.