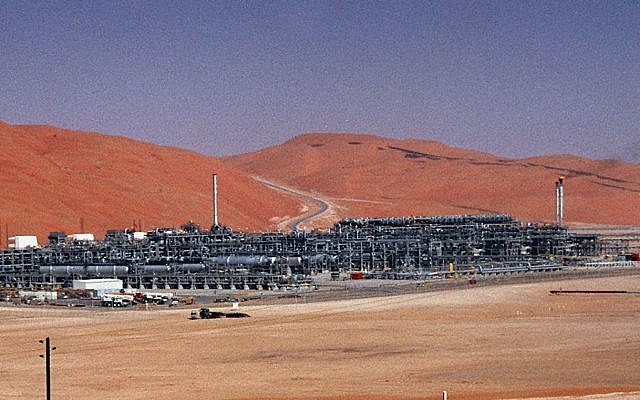 Saudi Arabia said drones attacked one of its oil pipelines as other assaults targeted energy infrastructure elsewhere in the kingdom on Tuesday, shortly after Yemen’s rebels claimed a coordinated drone attack on the Sunni power.

The assaults marked the latest incidents challenging Mideast security after the alleged sabotage of oil tankers off the coast of the United Arab Emirates earlier this week amid heightened tensions between the US and Iran.

Yemen’s Iran-backed Houthi rebels, whom Saudi Arabia has been fighting against since March 2015, said they launched a series of drone attacks on the kingdom, across the border from Yemen. The spokesman of the rebels, Mohammed Abdel-Salam, told The Associated Press: “This is a message to Saudi Arabia, stop your aggression.”

“Our goal is to respond to the crimes they are committing everyday against the Yemeni people,” he added.

The assaults came days after an Israeli television report said Israel had warned the US that Iran was considering targeting Saudi oil production facilities.

In a statement carried on the state-run Saudi Press Agency, Energy Minister Khalid al-Falih said that drones attacked a petroleum pumping station supplying a pipeline running from its oil-rich Eastern Province to the Yanbu Port on the Red Sea.