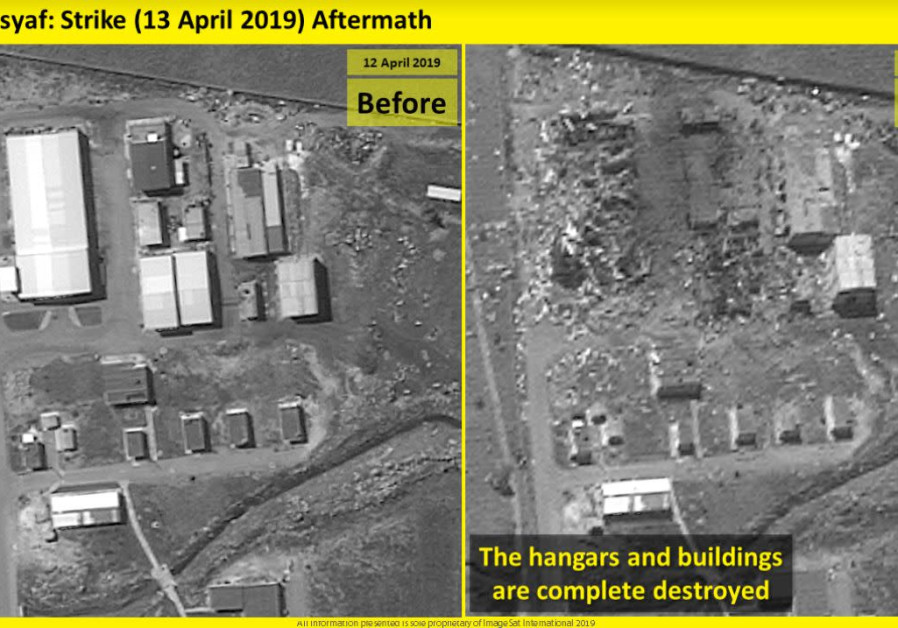 According to ISI, “if the bombed site was indeed a missile factory, it could allow for the produc-tion and assembly of different SSM [surface-to-surface missile] elements or for improving the accuracy of missiles.”

The factory, ISI said, is located in the vicinity of other facilities likely linked to Iran’s SSM project in Syria, which have previously been struck in alleged Israeli strikes carried out over the past two years.

The factory was built in the western compound of the base between 2014 and 2016, and was surrounded by a wall to separate it from the rest of the military base. The entrance to the fac-tory passes through the base.