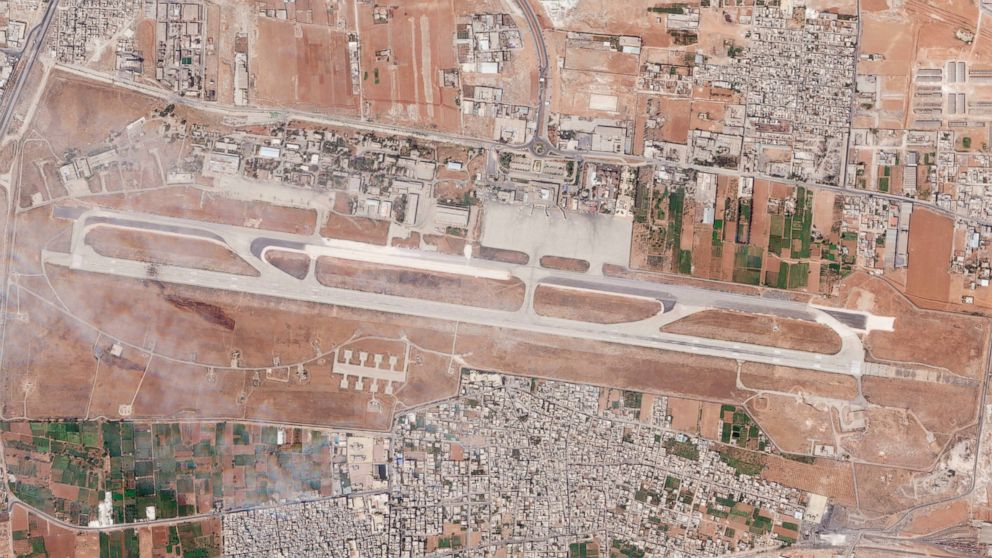 UBAI, United Arab Emirates — An Israeli attack targeting a Syrian airport tore a hole in the runway and also damaged a nearby piece of tarmac and structure on the military side of the airfield, satellite photos analyzed Friday by The Associated Press showed.

The attack Wednesday night on Aleppo International Airport comes as an Israeli strike only months earlier took out the runway at the country’s main airport in the capital, Damascus, over Iranian weapons transfers to the country.

The satellite photos taken Thursday by Planet Labs PBC showed vehicles gathered around the site of one of the strikes at the airport, near the western edge of its sole runway. The strike tore a hole through the runway, as well as ignited a grassfire at the airfield.

Just south of the runway damage on the military side of the airport, debris lay scattered after another strike that struck an object on the tarmac and another structure.

Syria, like many Middle East nations, have dual-use airports that include civilian and military sides. Flights at the airport have been disrupted by the attack. Syria’s Foreign Ministry late Thursday described the damage from the attack as severe, saying it hit the runway and “completely destroyed the navigational station with its equipment.”