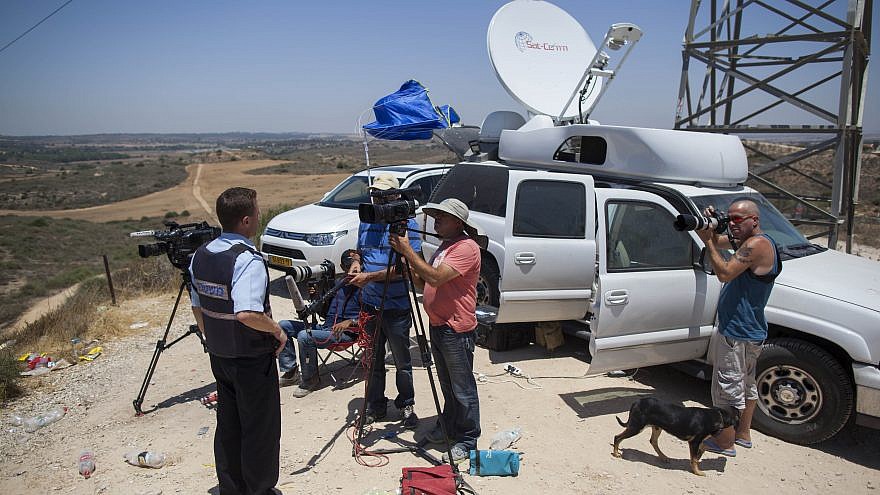 (May 6, 2019 / JNS) While Israel absorbed as many as 700 rockets fired by the terrorist groups Hamas and Islamic Jihad from the Gaza Strip over the weekend, the media turned the tables on the aggression and launched its usual assault on the Jewish state.

“It’s Israel against Palestinian terrorists, so we always know which side the American media will take—the ‘terrorists,’ ” Dan Gainor, vice president of business and culture at the Media Research Center, a media watchdog group, told JNS. “Except they won’t ever call them that. Fire 700 rockets indiscriminately trying to kill men, women and children, and the press labels you a ‘militant,’ as long as they support your cause.”

Gainor cited a “usual list of errors and fallacies—like how Gaza is ‘occupied’ or ‘surrounded’—neither of which is true. Israel pulled out of Gaza more than a decade ago and it was rewarded by the creation of a terror state.”

Israel withdrew from the Gaza Strip in 2005.

One straightforward headline in The New York Times in the past few days, “Gaza Militants Fire 250 Rockets, and Israel Responds With Airstrikes,” was attacked by Yousef Munayyer, executive director of the U.S. Campaign for Palestinian Rights, as “a stunningly irresponsible and misleading headline.” His complaint? That it wasn’t slanted in favor of the Palestinians.