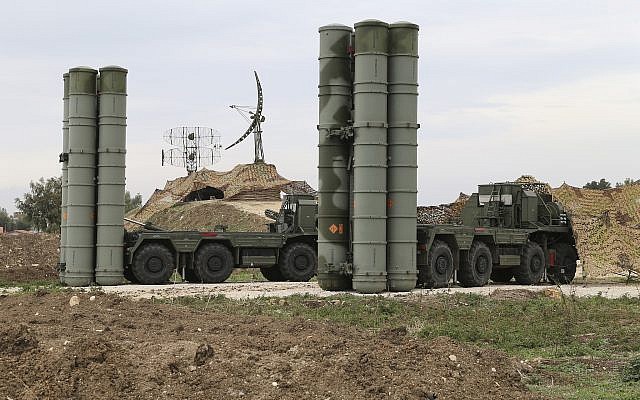 A Russian official said Wednesday that Moscow will start delivering its S-400 missile defense systems to Turkey in July.

“Everything has been already discussed and agreed,” Alexander Mikheev, the head of Russian state arms exporter Rosoboronexport, told the Interfax news agency.

The United States has threatened to hit Ankara with sanctions if the deal is completed.

US officials are concerned over the incompatibility of the S-400s with NATO military hardware as well as Ankara’s increasingly close relationship with Russia.

In a bid to stop Turkey purchasing the S-400s, the US has offered to sell the US Patriot system, but Turkish Foreign Minister Mevlut Cavusoglu said this was not guaranteed.

Earlier this month, Washington put a freeze on its joint F-35 fighter jet program with Turkey in protest over the S-400 deal. Turkey planned to buy 100 F-35A fighter jets, with pilots already training in the US.

The plane’s manufacturer, Lockheed Martin, said that contracts with Turkish companies to build parts for the F-35 had been expected to reach $12 billion.

Washington has said Turkey’s role in the manufacturing of the F-35s can be replaced.