Russia to resume S-400 missile deliveries to Turkey this week 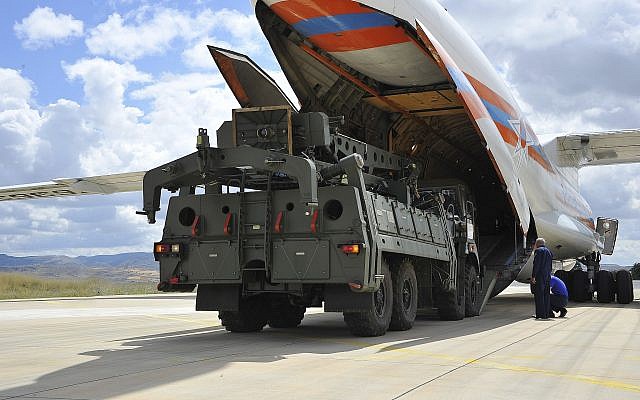 Defense Minister Hulusi Akar said Monday that Russia would resume the delivery of its S-400 missile defense system to Turkey this week.

Akar told reporters that Russia would begin transporting parts of a second S-400 battery to Turkey on Tuesday.

“Our aim is to protect our country and people from external aerial and missile threats,” he told reporters in the eastern province of Erzincan.

Turkey took delivery of the first part of the Russian system last month despite strong objections from the United States, which had been pressing Ankara to cancel the deal with Russia by threatening to sanction its NATO ally.

In a major break with a longtime ally, US President Donald Trump last month announced that Ankara was being kicked out of the F-35 program for purchasing the Russian-made system.

Turkey — which had ordered more than 100 of the F-35s for some $1.4 billion — has repeatedly dismissed claims the Russian system would be a danger to the American warplanes, and urged Washington to reverse its decision.

The Western defense alliance NATO, which counts Turkey as one of its members, has also expressed concern about the purchase.

But Turkey has refused to bow to US and NATO pressure, saying its purchase of the Russian-made system is a matter of national sovereignty.

Earlier this month, Israel’s Channel 12 news reported that Jerusalem worked behind the scenes to ensure the US dropped Turkey from its F-35 program as part of its efforts to preserve its military qualitative edge in the region.

According to the report, Israeli officials were similarly concerned that details of the aircraft’s advanced capabilities would leak to neighboring countries.