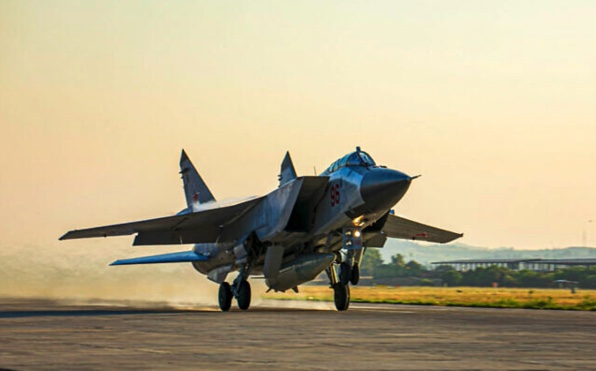 Syria and Russia held joint military jet patrols of the airspace along Syria’s borders on Monday, including in the Golan Heights area, according to a Russian Defense Ministry statement reported by Interfax.

According to the report, Russia’s Defense Ministry said such joint patrols are expected to be a regular occurrence moving forward.

The news came amid tensions along the Russia-Ukraine border as Western powers scramble to counter an implied threat by Russian President Vladimir Putin to invade the neighboring country.

Putin is considered one of few allies of Syrian President Bashar Assad, and Russia is seen as using its presence in the war-torn country to gain a foothold in the Middle East.

Israel’s close relations with Russia and Putin are often seen as linked to the two countries’ close military coordination in Syria, in particular when the IDF carries out purported strikes on sites within Syria.

Russia joined Syria’s 10-year conflict in September 2015, when the Syrian military appeared close to collapse, and has since helped in tipping the balance of power in favor of Assad, whose forces now control much of the country. Hundreds of Russian troops are deployed across Syria and they also have a military air base along Syria’s Mediterranean coast.