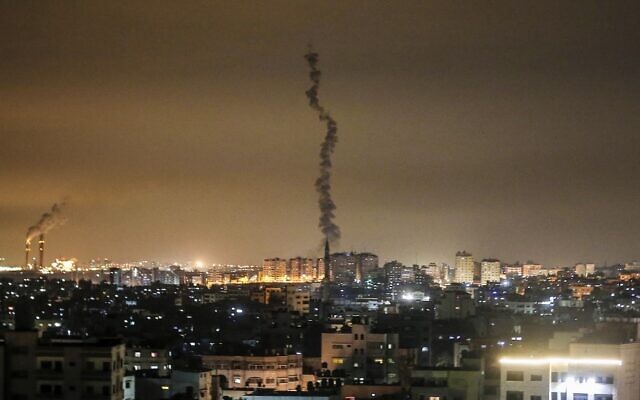 Rocket sirens blared in southern Israel early Tuesday morning for the second time in under a week as a projectile fired at Israel from Gaza failed to cross the border.

The alarms went off shortly after midnight in Kibbutz Kerem Shalom, near the southern part of the Gaza Strip and Israel’s border with Egypt.

The Israel Defense Forces said, “One launch was identified from Gaza that did not cross into Israeli territory.”

It wasn’t immediately clear if the projectile was a rocket or mortar shell.

On Tuesday morning terrorist groups in the Strip are set to hold a joint military exercise that will include all of the armed groups in the territory. The joint drill, which will be led by the Hamas and Islamic Jihad terror groups, will be the first of its kind, the Ynet news site reported.

Terrorists in the Strip are expected to fire rockets into the Mediterranean Sea as part of the exercise, which is set to last around half a day, the report said.

On Friday evening, terrorists in Gaza fired two rockets into Israeli territory that were downed by the Iron Dome anti-missile defense system. The projectiles set off sirens in Israeli communities north of the Strip including Ashkelon, Zikim and Netiv Ha’asara.