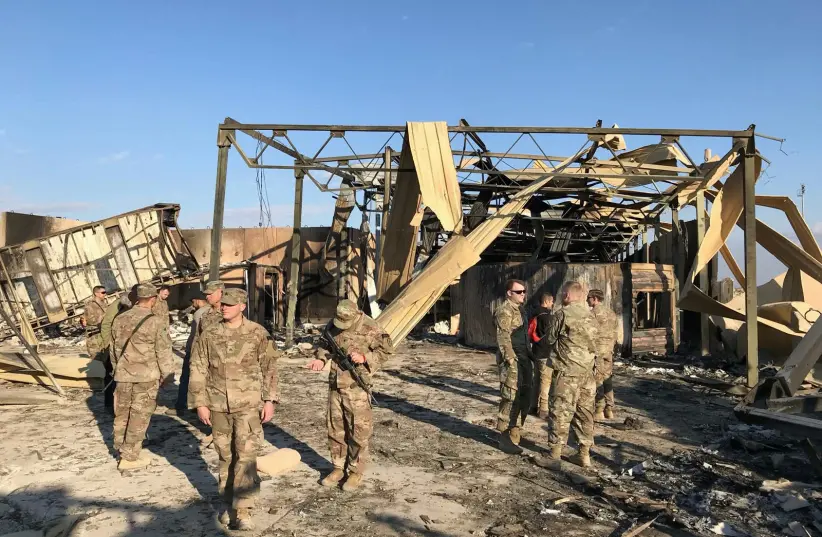 Rocket Attack Near US Base in Iraq Amid US-Iraq Dialogue

Reports on Saturday evening said a rocket had landed near Camp Taji, a large base in Iraq that has housed US-led coalition personnel. Iraq’s Security Media Cell confirmed the attack and said two rockets had struck the base and caused limited damage. It comes in the context of US-Iraq strategic dialogue and tensions between the US and Iran.

Pro-Iranian groups in Iraq has fired dozens of rockets at bases and areas where US forces are located in the last year, killing four coalition personnel, including one contractor. The US has twice carried out airstrikes in retaliation to threats.

The reported rocket attack also comes on the six-year anniversary of the fatwa by Iraqi Ayatollah Ali Sistani that helped create the Popular Mobilization Units (PMU) to fight ISIS. ISIS had taken Mosul and Iraq cities in 2014 and appeared poised to attack Baghdad.

Sistani urged Iraqis to rally and more than 100,000 signed up to fight. Many joined Shi’ite paramilitaries, some close to Iran. Iran sent advisers to help in the battle. Later the US helped create an 82-member coalition to fight ISIS.

However there are rising tensions between Iran and the US and between the US and Iraqi-based Shi’ite militias. Kataib Hezbollah and other Iraqi groups, which are part of the PMU, have threatened the US. The US has in turn labelled some of these groups as terrorists or designated them for sanctions, linking them to the Iranian IRGC.