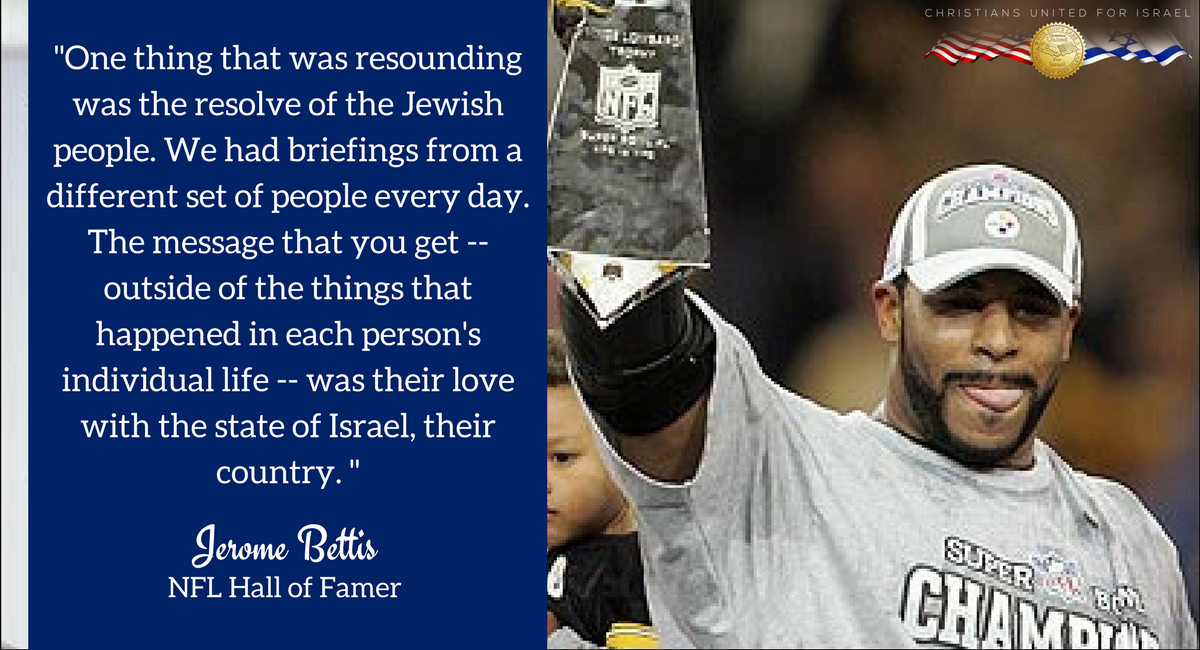 FOXBOROUGH, Mass. — Pro Football Hall of Famer Jerome Bettis bleeds Pittsburgh Steelersblack and gold, but as he boarded an airplane Tuesday set to return from Israel to the United States, he reflected on spending a week with New England Patriots owner Robert Kraft and laughed.

That’s how strongly Bettis — who played several high-stakes games against the Patriots during his lengthy career with the Steelers — felt about what transpired from June 13-21. Bettis was one of 18 Hall of Famers who joined Kraft on a trip to Israel.

This marks the second time in three years that Kraft has led an ambassador-type trip to Israel. Part of the trip’s mission involved increasing American football’s popularity in the region.

“I learned so much about him,” Bettis said. “When you play against a team, and whenever you play you don’t know who is going to win, that’s a true rivalry. That’s what you have with the Patriots.