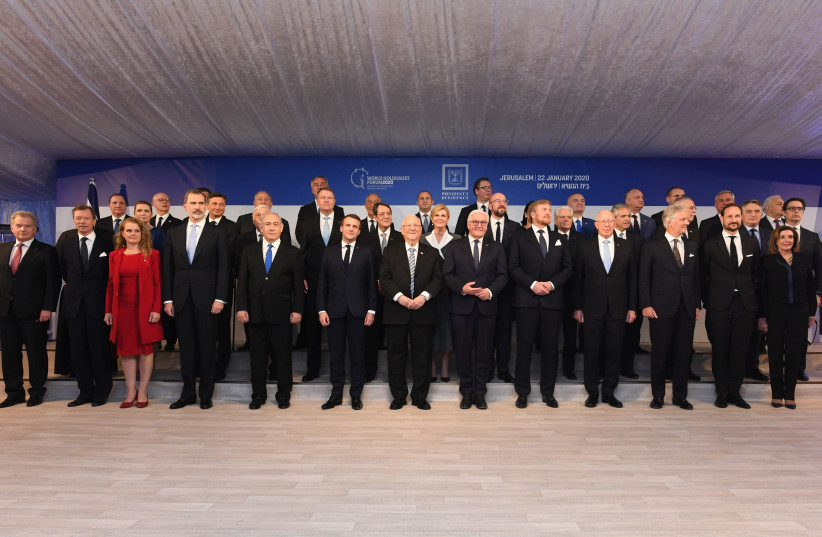 President Reuven Rivlin invited world leaders gathered in Jerusalem on Wednesday to send a message that they stand united against racism, antisemitism and extremism.

Speaking at a gala banquet organized in the President’s Residence for the dozens of heads of states who are here to commemorate the 75th anniversary of the liberation of Auschwitz, Rivlin said historical research should be free of politics.

“Historical research should be left to historians,” he said. “The role of political leaders is to shape the future… I hope and pray that from this room, the message will go out to every country on earth, that the leaders of the world will stand united in the fight against racism, antisemitism and extremism.”