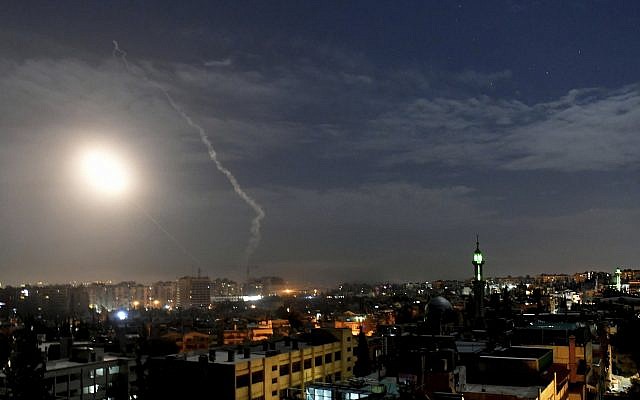 President Reuven Rivlin warned Monday that Israeli strikes on Iranian targets in Syria could push Tehran to respond “more forcefully” against the Jewish state than it has done previously.

The warning came days after Iranian forces in Syria shot a missile at an Israeli ski resort in response to airstrikes.

“There are those who see escalation in the level of conflict and, in any case, Iran – I believe – will respond more forcefully to Israeli policy in the north, both in Syria and in Lebanon,” Rivlin said at a Tel Aviv security conference.

Despite Jerusalem carrying out thousands of strikes in Syria against Iranian targets, Iran-backed militias and weapons shipments to the Lebanese Hezbollah terror group, military retaliation against Israel has been extremely rare.

The trend may have been broken on January 20, when Iran fired a surface-to-surface missile from Syria at the northern Golan Heights. The missile was intercepted by the Iron Dome missile defense system over the Mount Hermon ski site, according to the Israeli military.

The attack came in response to a rare daylight missile attack on Iranian targets in Syria attributed to Israel, though the IDF also said that Iranian troops in Syria launched the missile at the Golan in a “premeditated” attack aimed at deterring Israel from conducting further airstrikes against Iranian military targets there.

On Saturday, Hassan Nasrallah said the alliance between Syrian President Bashar Assad’s government, Iran, and his Lebanese Hezbollah movement could end its policy of not responding to the Israeli strikes.

“At any moment the Syrian leadership and the axis of resistance can take a decision to deal with the Israeli aggression in a different manner,” Nasrallah said in a wide-ranging interview with Lebanon’s al-Mayadeen TV network.

Israel has repeatedly said it will not allow Iran, or its Shiite proxies, to establish a permanent presence in post-war Syria.

Israel, which for years refused to acknowledge the strikes, has recently begun to open up about them, which some analysts say has opened the door to retaliatory attacks.