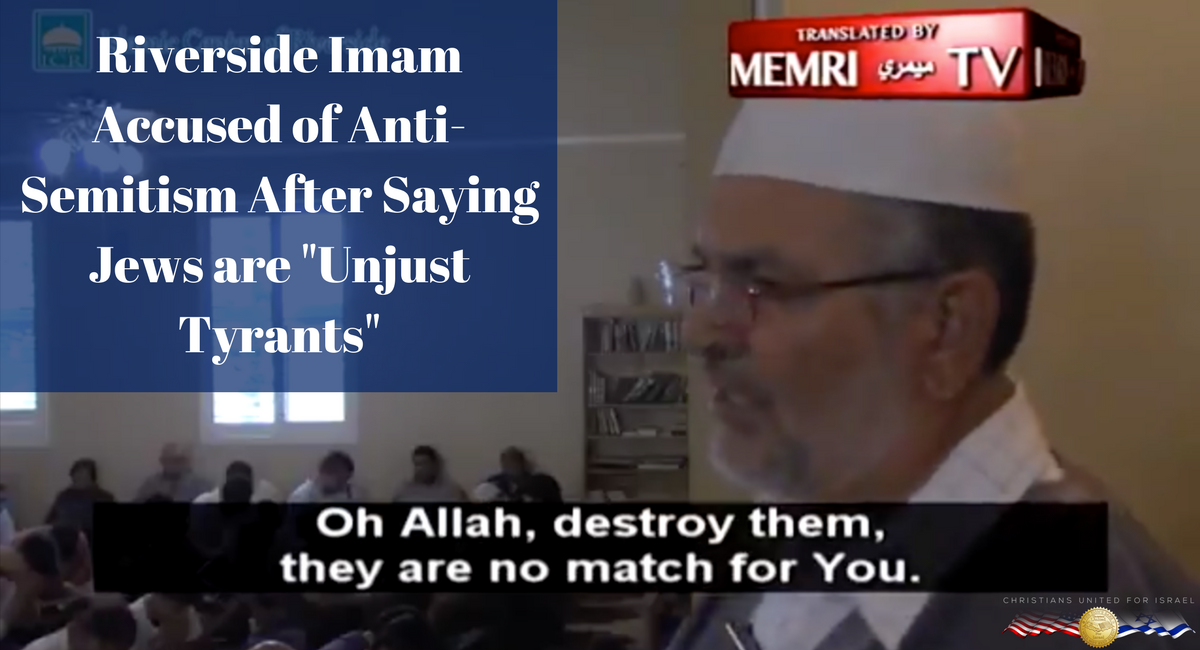 A California imam in Riverside is drawing criticism for delivering a sermon in which he said Jews are “unjust tyrants” whom God should destroy, it was reported Monday.

Imam Mahmoud Harmoush’s comments came during a July 21 sermon delivered at the Islamic Center of Riverside, the Los Angeles Times reported. A video of the sermon was translated and published by the nonprofit Middle East Media Research Institute.

The Islamic Center of Riverside also posted a 31-minute video of the sermon on YouTube, according to The Times.

In his sermon, Harmoush accuses Jews of plotting to take over Palestinian territory, the Muslim holy cities of Mecca and Medina in Saudi Arabia, and “most of the Middle East.”

He also spoke of the recent turmoil surrounding the Al Aqsa Mosque in Jerusalem, a site revered by both Muslims and Jews.

“Oh, Allah, liberate the Al Aqsa Mosque and all the Muslim lands from the unjust tyrants and the occupiers,” Harmoush said, according to the Middle East Media Research Institute’s translation.

“Oh, Allah, destroy them, they are no match for you. Oh, Allah, disperse them and rend them asunder. Turn them into booty in the hands of the Muslims.”

The comments came the same day as an imam in Davis delivered a sermon in which he prayed for the Al Aqsa Mosque to be freed “from the filth of Jews.”

The remarks from Shahin and Harmoush were quickly condemned by Jewish organizations, The Times reported.

“These statements are anti-Semitic and dangerous,” Jonathan A. Greenblatt, chief executive of the Anti-Defamation League, said in a statement.

“At this time of heightened tension, it is more important than ever for the Jewish and Muslim communities to come together to condemn the use of stereotypes and conspiracy theories, and to rebuild trust so that people of all faiths can coexist.”

Shahin apologized on Friday at a news conference held by the mayor of Davis and religious leaders, saying he let his emotions “cloud my better judgment,” The Times reported.