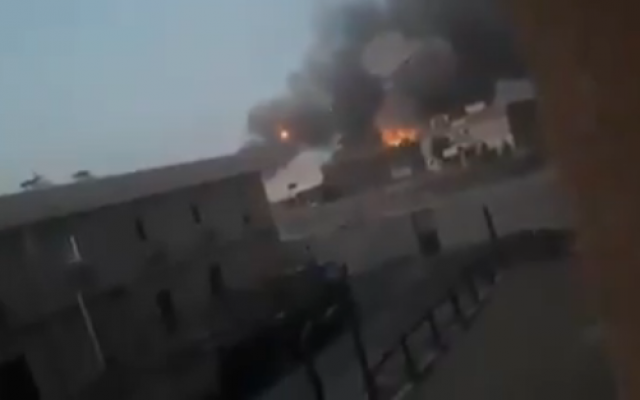 Israel has conducted several strikes on Iranian-controlled bases in Syria and Iraq in recent weeks with permission from the United States and Russia, a Western diplomatic source told a Saudi-owned newspaper Wednesday.

Moscow and Washington agreed that the Jewish state could conduct these attacks on Iranian targets in order to “ensure Israel’s security,” the source told the London-based Arabic-language Asharq Al-Awsat.

In recent weeks, a number of explosions have been reported in Iraqi military installations connected to pro-Iranian Shiite militias, including on Tuesday night in an arms depot north of Baghdad.

As part of the reported agreement, Israel would not publicly acknowledge carrying out the strikes. However, this has not prevented Israeli officials from hinting at their involvement in these attacks.

Asked about Tuesday night’s blast at the pro-Iranian militia base, Prime Minister Benjamin Netanyahu told Israeli reporters, “Iran has no immunity, anywhere… We will act — and currently are acting — against them, wherever it is necessary.”

The explosions have occurred in bases and warehouses belonging to militia groups under the umbrella of the mainly Iran-backed Popular Mobilization Forces (PMF). The state-sanctioned PMF militias have fought alongside Iraq’s regular armed forces against the Islamic State group.

Iraqi MP Karim Alaiwi told pro-Hezbollah Lebanese network al-Mayadeen on Wednesday that evidence pointed to Israel being behind recent attacks on Shiite militias, adding that the Jewish state was trying to weaken the PMF.