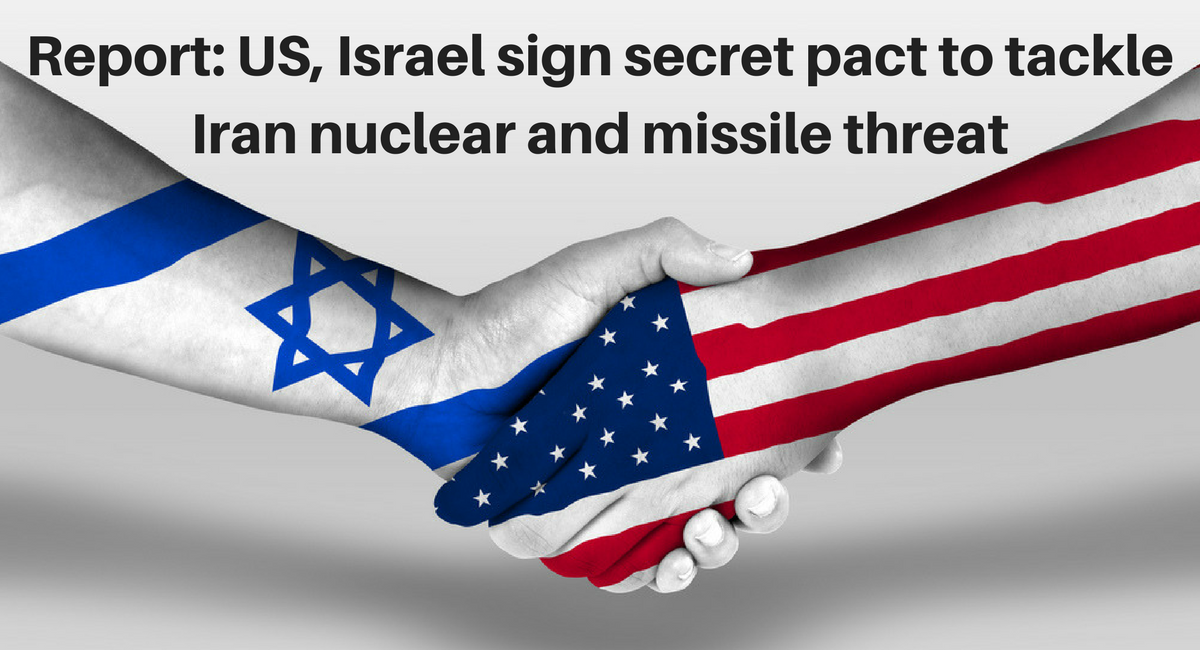 Israel and the United States have secretly signed a far-reaching joint memorandum of understanding providing for full cooperation to deal with Iran’s nuclear drive, its missile programs and its other threatening activities, an Israeli TV report said.

The document was signed on December 12 at the White House, culminating intensive talks between representatives of the major Israeli and American intelligence and defense hierarchies, headed by the US and Israeli national security advisers, H. R. McMaster and Meir Ben-Shabbat, respectively, the Channel 10 report said Thursday.

Citing both American and Israeli officials, the report said the document was designed to translate into “steps on the ground” the positions set out by US President Donald Trump in his October 13 speech on Iran, in which he decertified the Iran nuclear deal.

At what the TV report described as a “secret” meeting at the White House, the US and Israel set out a joint agreement on strategy and policy regarding Iran. Specifically, they agreed to set up joint teams to handle various aspects of the Iranian threat.

One such joint team, the report said, will deal with Iranian activity in Syria and Tehran’s support for the Hezbollah terror organization.

Another joint team will deal with both diplomatic and intelligence activities designed to grapple with Iran’s nuclear weapons ambitions.

A third joint team, it was reportedly agreed, would grapple with Iran’s ballistic missile program and its efforts to build accurate missile systems in Syria and Lebanon.

Finally, a fourth team would oversee preparation for any escalation by Iran and/or Hezbollah.

Quoting the Israeli officials, Channel 10 said that the meeting confirmed that the US and Israel “see eye to eye on the trends and processes in the region,” and have now reached agreement on the strategy and policy required to deal with them.

“With all due respect to President Trump’s [December 6] declaration on Jerusalem [as the capital of Israel]” Channel 10 reporter Barak Ravid said, the December 12 “dramatic understandings” would have “a far greater impact on the security of Israel’s citizens.”