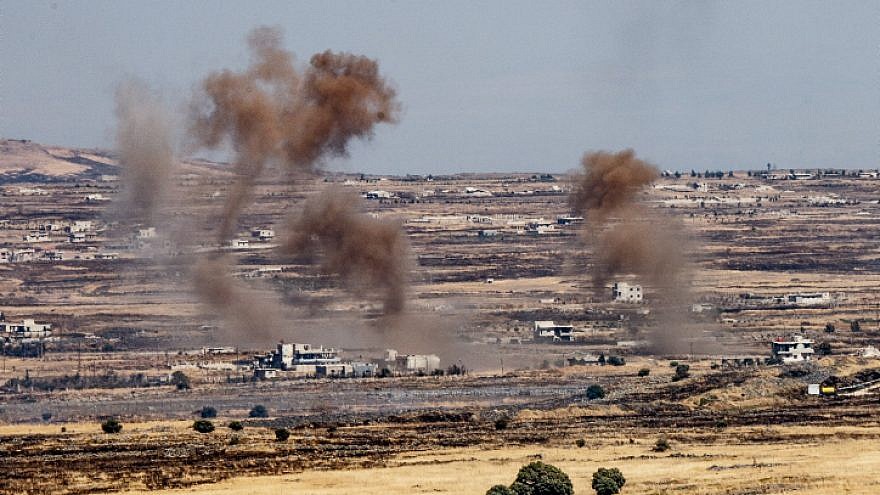 (June 6, 2019 / Israel Hayom) A high-ranking Syrian army commander was assassinated on Tuesday near the city of Sweida in the war-torn country’s southwest, dozens of miles from the border with Israel.

Brig. Gen. Jamal al-Ahmad was gunned down by unknown assailants while touring the sector, the intelligence blog Intelli Times and London-based pan-Arabic daily Asharq Al-Awsat both reported on Wednesday.

According to the Intelli Times, Ahmad was among a group of Syrian officers tasked with maintaining ties with Hezbollah in the Sweida area, and particularly with Hezbollah’s commander in southern Syria, Munir Ali Naim Shaiti,also known as Hajj Hashem, who is responsible for building the Lebanese terrorist organization’s military infrastructure in the Syrian Golan Heights.

Although the identity of Ahmad’s assassins is still unknown, the enemies of the Syrian regime and its Iranian and Hezbollah allies are Israel and rebel groups still active in the country. The ability of these insurgent groups to carry out an assassination of this type has drastically decreased over the past year and their presence in southern Syria has been virtually eradicated. Another possible suspect is armed Druze groups who have quarreled in the past with the regime but have since made amends with it following the expulsion of the rebels from the area.