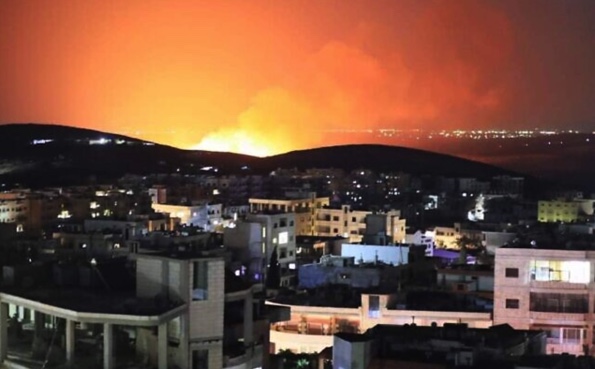 Report: Israel warns Syria it will ramp up strikes over Iran weapons transfers

Israel has threatened Syria it will ramp up airstrikes in the country over its cooperation with Iran in smuggling arms to the Lebanese terror group Hezbollah, according to a Thursday report, which came following three attacks in Syria attributed to Israel within days.

The Saudi-funded Al-Arabiya, citing unidentified sources, said Iran has been sending weapons disguised as aid for Syria and Lebanon by air, land and sea.

The report said Maher Assad’s unit “supports Iran in the transfer of strategic weapons and dangerous materials” for Syria and Lebanon.

Additionally, the strikes targeted the headquarters of the “Lebanese legion” of Iran’s Revolutionary Guards, involved in transferring arms to Lebanon.