Report: Iran trains Shia militia proxies in Iraq to wage war on US 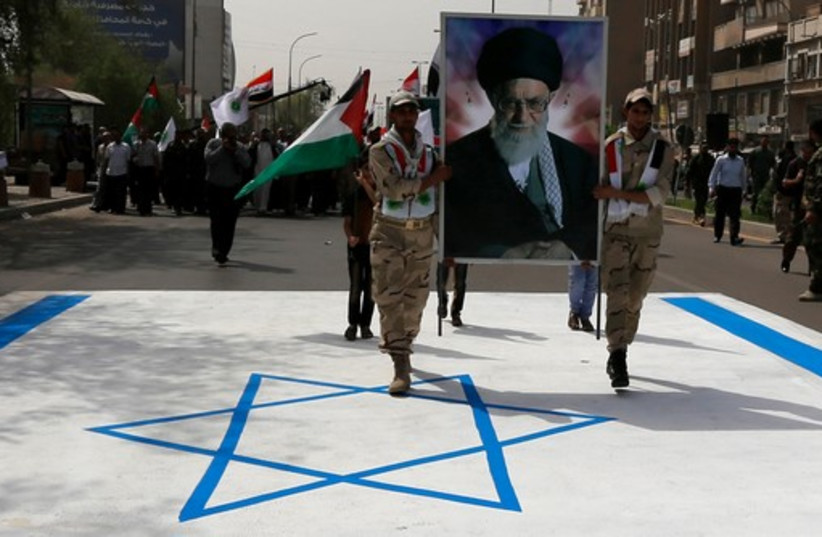 Iranian proxies in Iraq are training  for war against the US and will continue to fire rockets at US forces in Iraq until the US leaves, a new report says. Iranian-backed militias such as Asaib Ah al-Haq, Kataib Hezbollah and the Badr Organization have also been using “extreme measures to quell protesters, including opening fire on demonstrators,” the US said in a new report. The quarterly Lead Inspector General report for Operation Inherent Resolve pivoted in the last months to focus on Iran as the US is increasingly concerned about Iran’s threats to US forces in Iraq.The unusual focus on Iran’s role in Iraq has been building over the last two years in these reports. The report draws on information from US Central Command, the Defense Intelligence  Agency, State Department and other reports.  The new report is unprecedented in focusing on Iran’s role. A special diagram shows the main aspects of Iran’s network of influence in Iraq through Qasem Soleimani. Soleimani was the IRGC Quds Force leader killed in a US airstrike on January 3. The US says that an Iraqi named Jamal Jaafar Ibrahimi was also killed by US forces travelling with Soleimani in the same strike that killed Kataib Hezbollah leader Abu Mahdi al-Muhandis.