Remembering a Hero of the Munich Massacre 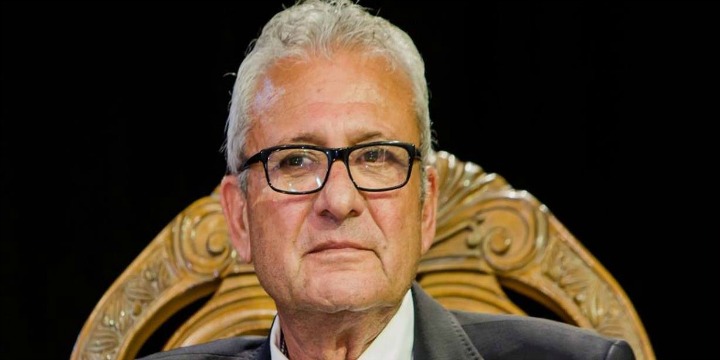 Israeli fencer Dan Alon (March 28, 1945 — January 31, 2018) was a hero of the rarest kind. He did not rush into a burning building to save a neighbor, nor did he stand up to a despotic tyrant. Yet he still set a singular standard for heroism.

Before dawn on September 5, 1972 — in Apartment 2 of the Israeli athletes’ compound at the Munich Olympics — Dan Alon was startled by a machine gun blast. Even before he was fully awake, Alon knew that he had to run. An Israeli sabra learns to recognize the sound of terrorism as early as he learns to recognize his mother’s voice. Run or die. He ran.

Though he survived, Alon’s life was drained from him that day.

Next door, in Apartment 1, a band of Black Septembrists had imprisoned 11 of Alon’s teammates. As the six Olympians in Apartment 2 — a speed walker, a younger fencer, Alon, and three marksmen – struggled into full consciousness, they watched the body of their friend — a wrestler — hurtle past their window and fall onto the concrete below.

Surreptitiously, the six athletes in Apartment 2 were able to escape. Alon, the last to leave, saw a rifleman aiming a Kalisnikov directly at the fencer’s head. The two locked eyes, and then, inexplicably, the terrorist turned away — and Alon dashed for freedom. Yet in that moment, Alon felt his life end.

“I should have gone back. I should have tried to save the others. I should have fought the Palestinians,” he was wont to say. Instead, he and the others were charged with the devastating task of collecting the murdered men’s effects. From the pools of the victims’ blood and the wreckage of their resistance, the athletes from Apartment 2 extricated the toys and souvenirs meant as gifts for the athletes’ families, who were awaiting a triumphant return.

Instead, Dan and his cohorts would carry them home as artifacts in memoriam.

The next day, when the athletes arrived at the airport in Tel Aviv, the entire country seemed to be there. A silent throng watched as the surviving athletes accompanied the coffins off the tarmac. In that silence, Dan lost his voice.

As happens to survivors who walk away from disasters unscathed, Dan was forgotten in the wreckage. No one asked him what it was like to have been there, to have watched impotently as his friends and colleagues were brutally murdered. No one questioned how he managed to escape, how he could go on living while knowing that the other men had died in his place. Even if they had asked, Alon would have had no answers. He felt dead.

I met Dan Alon in 2005, 33 years after the massacre. Stephen Spielberg’s film “Munich” had reopened old wounds, and everyone was talking about the Munich Olympics. Confronted by his own son for a recounting of events, Alon found himself being asked to stand as the victims’ sheliach — their emissary and messenger. He was pressed to share his story — to protect future generations from ignorance, and to ensure that nothing like it ever happens again.