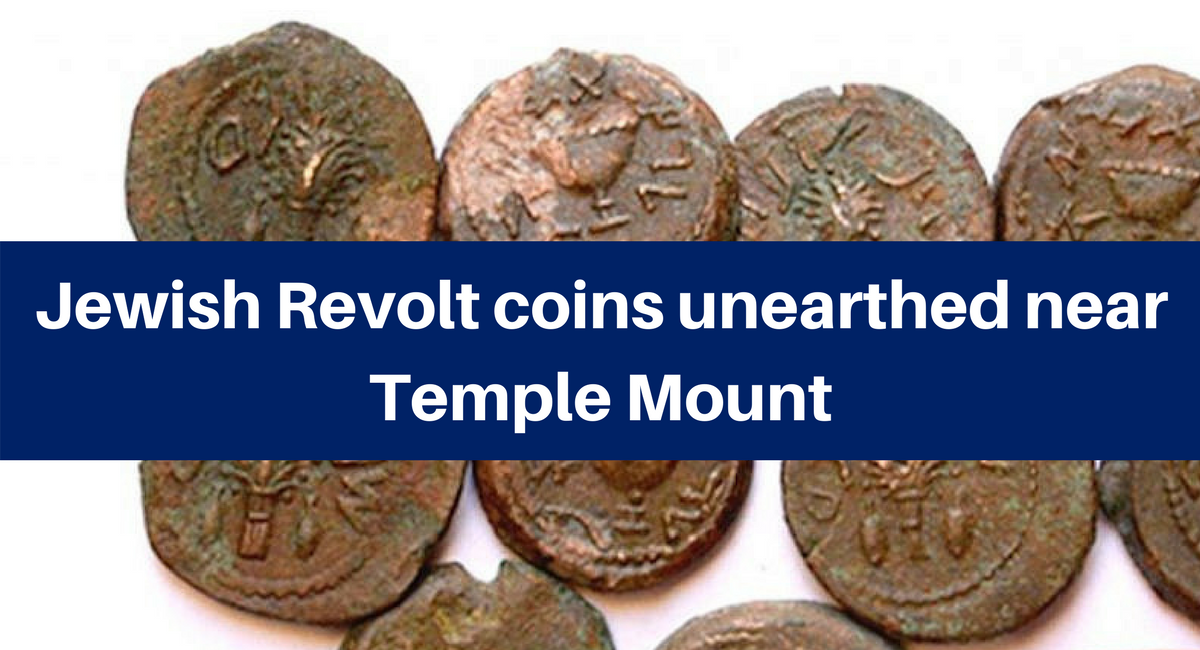 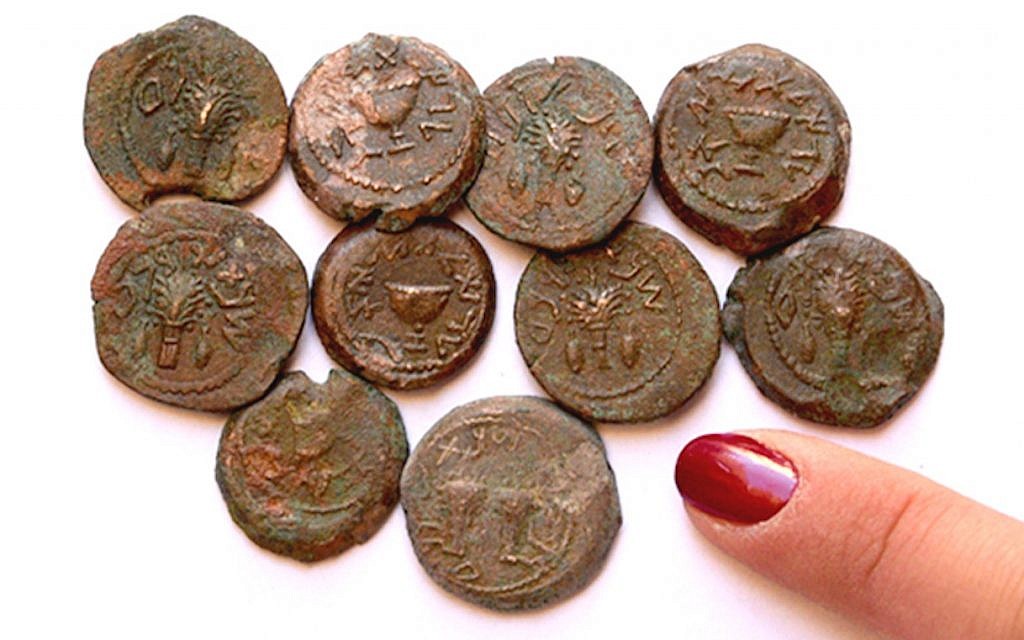 A hoard of rare bronze Jewish Revolt coins has been discovered at the recently renewed Ophel excavations. The trove of dozens of bronze coins minted during the last years of the ill-fated four-year rebellion of the Jews against Roman rule was uncovered in a cave just south of the Temple Mount by Hebrew University archaeologist Dr. Eilat Mazar.

The Ophel excavations, located below the Temple Mount’s southern wall, were relaunched in early 2018 after a four-year hiatus. They garnered international headlines after the publication of the recent “Prophet Isaiah” seal impression, which was discovered in the lead-up to the current dig season.

Some 50 years ago, another hoard of Year Four coins was discovered by Prof. Benjamin Mazar, Eilat Mazar’s grandfather, who conducted the Temple Mount excavations near Robinson’s Arch abutting the Western Wall following the 1967 Six Day War.

The recently discovered bronze coins are remnants left by hidden Jewish residents of besieged Second Temple Jerusalem, who sought refuge in the 7×14 meter cave in 66-70 CE, according to a press release from the Hebrew University.

The majority of the bronze coin hoard dates to the revolt’s final year, or Year Four (69-70 CE). They are decorated with Jewish symbols, including the four plant species associated with the holiday of Sukkot — palm, myrtle, citron and willow — and a chalice that may have been used by priests in the Temple.

The coins display a paleo-Hebrew inscription, which shifted — arguably reflecting the mood of the rebels — during the revolt from earlier years’ “For the Freedom of Zion,” to Year Four’s “For the Redemption of Zion.”

“A discovery like this — ancient coins bearing the words “Freedom” and “Redemption” — found right before the Jewish Festival of Freedom — Passover — begins is incredibly moving,” said Mazar in the press release.

The coins were found alongside broken pottery vessels, including jars and cooking pots. A Hasmonean Period layer is found at the base of the cave and these finds were uncovered directly above.