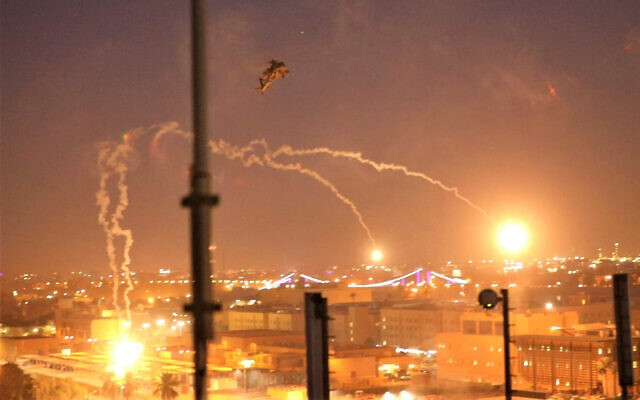 At least two rockets hit outside the US embassy in the high-security zone, they told AFP.

Diplomats based in the neighborhood said they could hear sirens blaring for around an hour after the attack.

The embassy’s C-RAM rocket defense system was not triggered, possibly because the missiles’ trajectory meant they would not strike within the compound.

Three dozen rocket attacks have targeted US military and diplomatic installations since October, but usually under cover of darkness.

This time, the attack took place in the searing afternoon heat as Iran’s top diplomat held back-to-back meetings with senior Iraqi officials nearby.

Zarif is also set to travel north to the Kurdish regional capital of Arbil to meet with officials there.

The trip comes ahead of Kadhimi’s own diplomatic flurry: he will visit Iran’s regional rival Saudi Arabia on Monday, heading a delegation including his oil, electricity, planning and finance ministers.