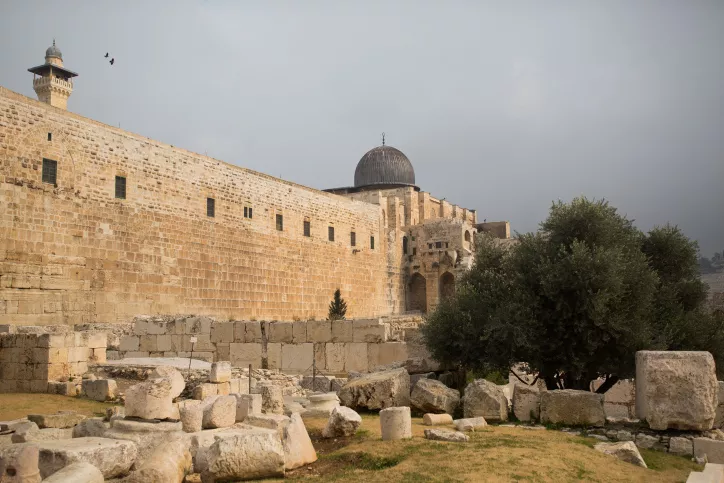 Israel’s Antiquities Authority (IAA) has presented a rare coin from the Bar Kokhba Revolt period (132-135 CE), which was discovered during an archaeological excavation in Jerusalem’s Old City.

The IAA frequently reveals interesting finds from its sites from around the country ahead of Jewish holidays and festivals – and this is no different, the announcement coinciding with the celebration of Lag BaOmer (the 33rd day of the counting between the two pilgrim festivals of Passover and Feast of Weeks).

Found at the Davidson Archeological Park in Jerusalem’s Old City Jewish Quarter between the Temple Mount and the City of David, the coin is decorated with a cluster of grapes and the inscription “Year Two of the Freedom of Israel” on the obverse side. On the other, there is a representation of a date palm, as well as the inscription “Jerusalem.”

A find of this nature inside Jerusalem is very rare, although a large number of coins from the Bar Kochba period have been found at sites outside the capital.