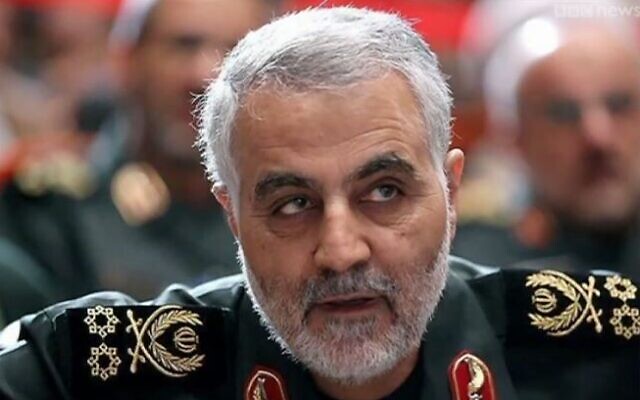 TEHRAN, Iran — Revolutionary Guards commander Qassem Soleimani, who was killed Friday in a US strike, was one of the most popular figures in Iran and seen as a deadly adversary by America and its allies.

General Soleimani, who headed the external operations Quds Force for the Guards, had wielded his regional clout publicly since 2018 when it was revealed that he had direct involvement in top-level talks over the formation of Iraq’s government.

It was no surprise at the time for a man who has been at the center of mediating powerful relationships in the region for two decades.

Soleimani has been in and out of Baghdad ever since, most recently last month as parties sought to form a new government.

Where once he kept to the shadows, Soleimani has in recent years become an unlikely celebrity in Iran — replete with a huge following on Instagram.

His profile rose suddenly when he was pushed forward as the public face of Iran’s intervention in the Syrian conflict from 2013, appearing in battlefield photos, documentaries — and even being featured in a music video and animated film.