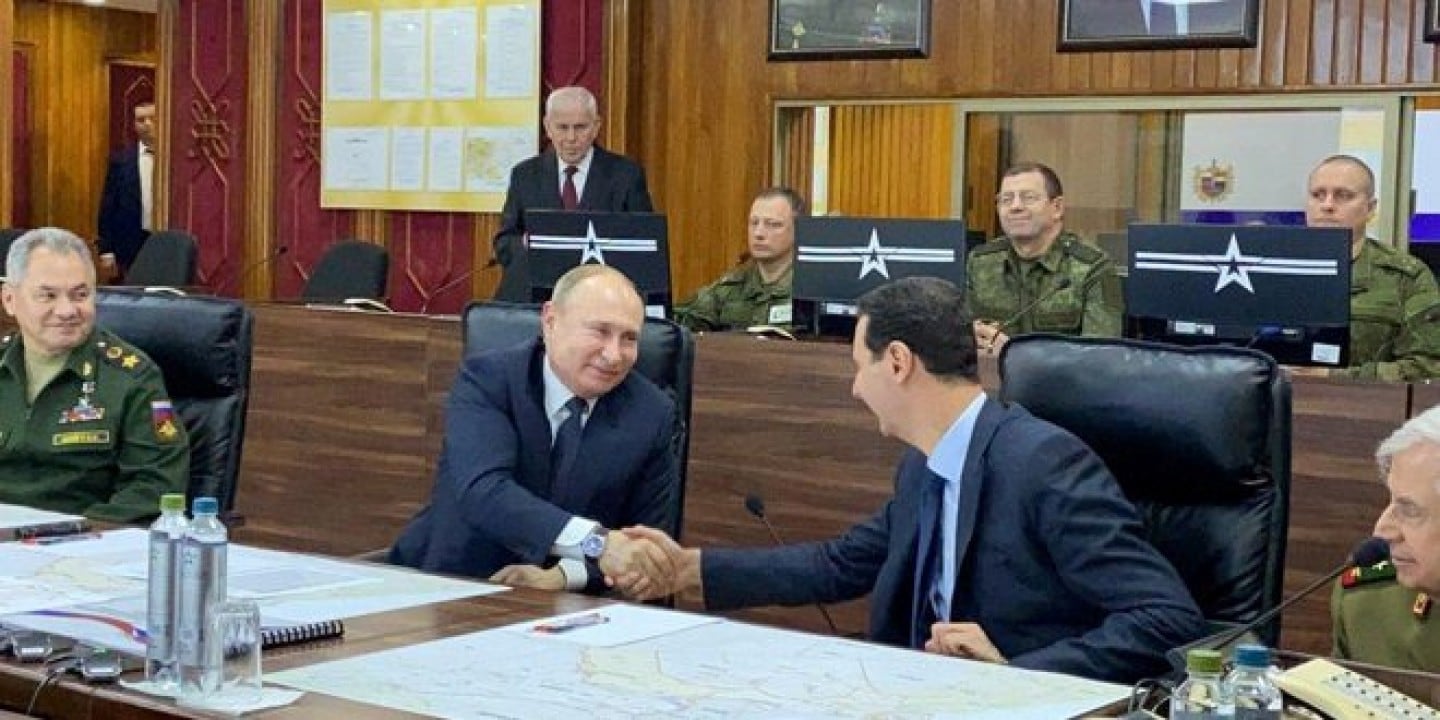 MOSCOW — Russian President Vladimir Putin held talks Tuesday in Syria with the country’s leader, Bashar al-Assad, the Kremlin spokesman said, with the region nervously awaiting the next possible step in the U.S.-Iran showdown.

Putin’s trip — which was not announced in advance — marked his first visit since 2017 to Syria, Moscow’s main Middle East ally. Syria also has close ties with Iran, which supported Assad as Syria splintered into warring factions after pro-democracy protests were crushed in 2011.

The meeting comes amid a crisis atmosphere in the region after a U.S. airstrike last week killed Maj. Gen. Qasem Soleimani, the commander of Iran’s elite Quds Force. Tehran has vowed to strike back.

Kremlin spokesman Dmitry Peskov did not specify that Iran came up in the conversation between Putin and Assad. But he noted the Russian forces in Syria, which were dispatched in 2015 to give Assad critical help to turn the tide in the country’s civil war.

“The president of Syria expressed his gratitude to Russia and the Russian military for assistance with combating terrorism and rebuilding peaceful life in Syria,” Peskov said, according to the Russian news agency Interfax.

Putin’s visit could also be a show of support for Assad before Putin was scheduled to meet Wednesday with Turkish President Recep Tayyip Erdogan in Istanbul.

Russia took an active role mediating Turkey’s military offensive into northern Syria — and a later cease-fire — after President Trump pulled back U.S. forces near the border in the fall. On Tuesday, Assad and Putin discussed Turkish operations in northern Syria, the Syrian president’s office said.

Damascus and Ankara do not have diplomatic relations, although in October a senior Assad adviser hinted at the possibility of holding Russian-brokered talks with Ankara representatives in the Russian city of Sochi, where Moscow often holds peace talks on Syria.
Turkey and Russia now jointly control a wide swath of territory just south of Turkey’s border, formerly held by Syrian Kurdish fighters allied with the United States, further entrenching Russia’s role in Syria.

Putin’s consistent goal has been strengthening Assad’s hold on various parts of the country, by providing military, aerial and strategic assistance to regain more Syrian territory.

The Russian and Syrian presidents also discussed the situation in the northwestern Idlib area, the last anti-Assad bastion in the country. The bulk of the area is held by Hayat Tahrir al-Sham, a militant group, as well as more-moderate Turkish-backed rebel factions.

On Tuesday, Putin headed through the streets of Damascus on the way to visit Russian troops and hold talks with Assad at their base. Russian state television briefly broadcast video of them sitting side by side, and Assad appeared to be the only Syrian official in the room.

Putin visited Damascus’s famous historic Umayyad Mosque and is due to visit several more sites while in Syria during the days when Russian Orthodox celebrate the Christmas holiday.

“The two heads of state heard military reports on the state of affairs in various parts of the country,” Peskov said. “During his conversation with Assad, Putin noted that he could now confidently state that a huge distance had been overcome toward restoring Syria’s statehood and territorial integrity.”

After his meeting Wednesday with Erdogan, Putin will host German Chancellor Angela Merkel in Moscow on Saturday.