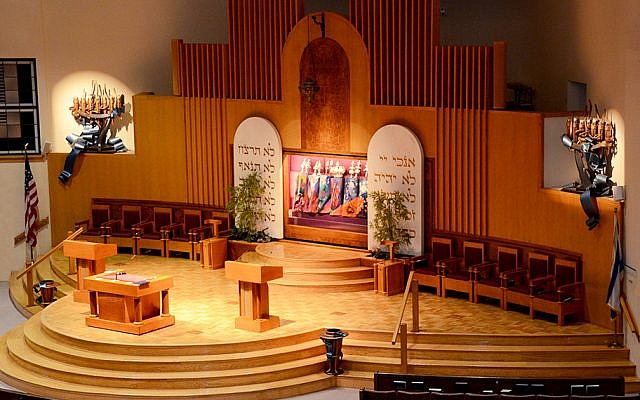 JTA — A synagogue in Washington DC was vandalized with what is described by local Jewish agencies as “anti-Israel and hate-filled messages.”

Graffiti on the Washington Hebrew Congregation was discovered Friday morning. Congregants were informed of the vandalism in an email later in the day.

The statement said the agencies “have been informed that at the present time there is no immediate or direct threat to our community as a result of this disturbing incident,” and that the Washington Metropolitan Police Dept. will conduct a full investigation.

“As we enter Shabbat and the final days of our Fall holidays, let us remember that although we cannot outlaw hate, we must and will continue to send a strong message to the community that these hateful expressions will not be tolerated. We must continue to come together as a community to reject hate in all of its forms,” the statement also said.

The prominent DC congregation was founded in 1852 and is one of the largest Reform congregations in the United States.