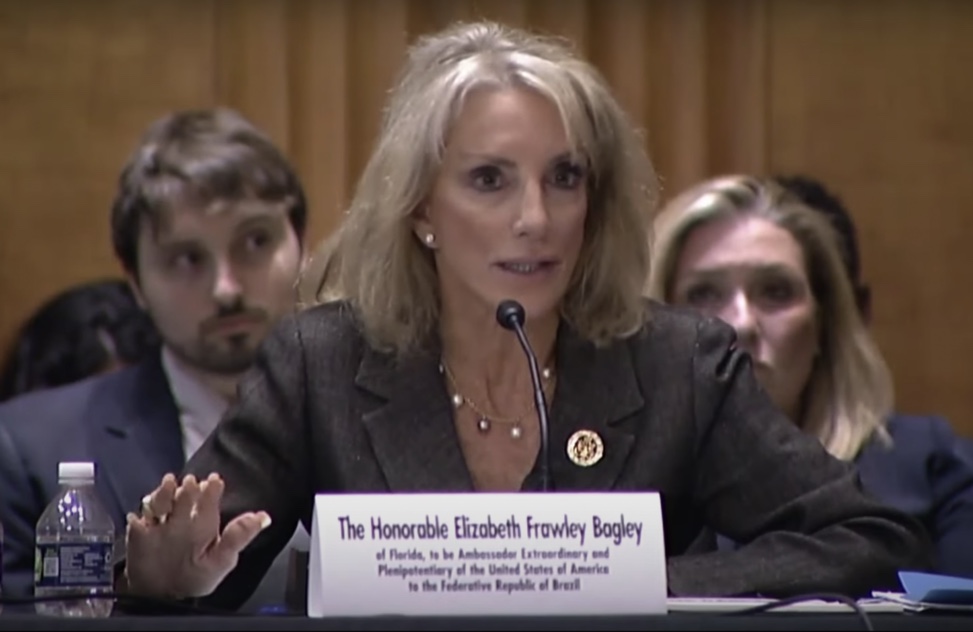 Jewish and pro-Israel organizations across the political spectrum are calling on the White House to withdraw the nomination of an ambassadorial candidate who is under fire for anti-Semitic remarks.

Elizabeth Frawley Bagley, a longtime diplomat and Democratic Party insider who was tapped to serve as the next ambassador to Brazil, is facing widespread opposition after the Washington Free Beacon reported on her 1998 remarks about the “Jewish lobby” and its “major money.”

Pressure is mounting on the Biden administration to pull the nomination and replace Bagley with a different candidate. The White House would not comment on the controversy when contacted by the Free Beacon, and the State Department’s special envoy to monitor and combat anti-Semitism—a position created to fight against the type of rhetoric employed by Bagley—also would not comment. Jewish and pro-Israel organizations say Bagley must go as a result of her remarks, in which she decried “the influence of the Jewish lobby because there is major money involved.”

“It is unconscionable to persist with this nomination,” Sandra Parker, chair of the Christians United for Israel’s action fund, told the Free Beacon. “It’s clear as day that Ms. Bagley’s anti-Semitic remarks disqualify her for any post in government, let alone a U.S. ambassadorship. Her statements run contrary to the Biden administration’s commitment to fighting ant-Semitism. They should acknowledge this and pull her nomination without delay.”