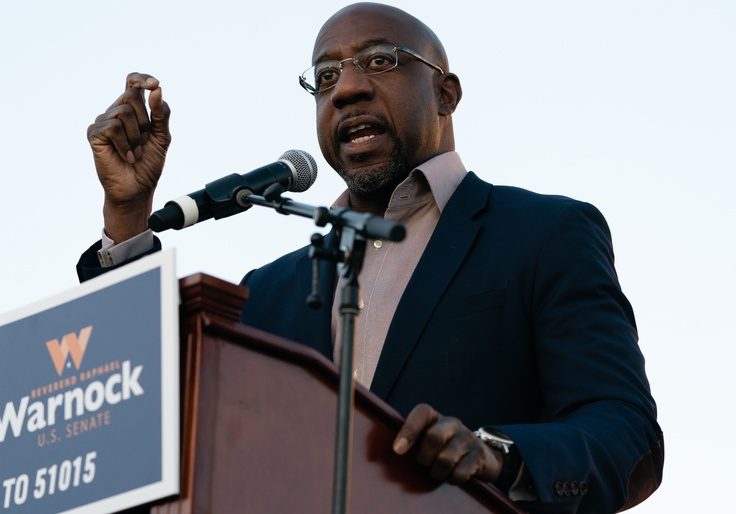 The political arm of the largest pro-Israel membership group in the United States launched an ad campaign Wednesday targeting Rev. Raphael Warnock, the Democratic candidate for Senate in the Georgia runoff.

The 30-second spot from Christians United for Israel Action Fund takes aim at both Warnock’s record of statements critical of Israel and his recent attack on evangelical Christians, traditionally a staunchly pro-Israel denomination.

The ad calls him “Radical Raphael Warnock” and says he is “preaching a gospel of hate.” The voiceover says “Warnock demonized Christians who stand with Israel,” a reference to his sermon after the opening of the U.S. embassy in Jerusalem in 2018 in which he accused “mealy-mouthed evangelical preachers” of being “responsible for the mess that we found ourselves in … misquoting and misinterpreting the Scripture, talking about peace.”

A spokesperson for the group said the ad is backed by a six-figure digital and social media buy targeting pro-Israel voters in Georgia, where the organization has approximately 500,000 members, according to the spokesperson.