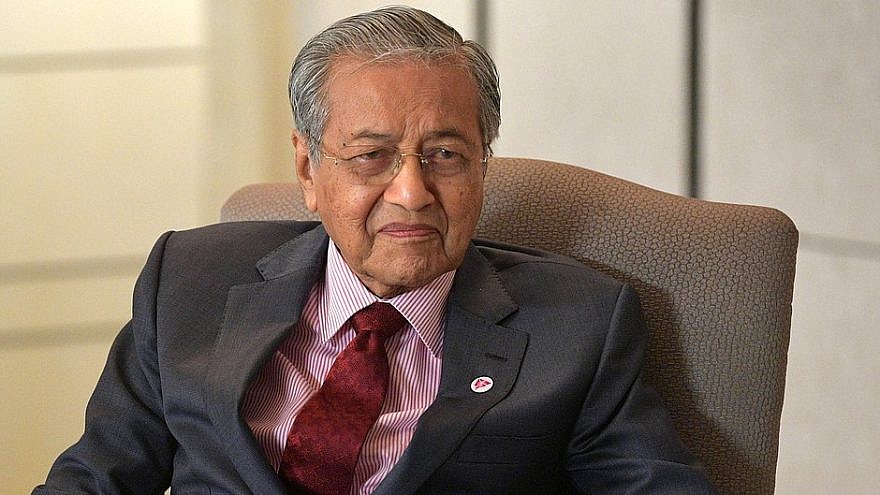 (September 26, 2019 / JNS) A member of the college campus group Students Supporting Israel confronted Malaysian Prime Minister Mahathir Mohamad during his controversial Columbia University speech on Wednesday about the leader questioning the number of Jews killed in the Holocaust.

Mohamad, who was speaking as part of Columbia’s World Leaders Forum, was asked to “address and clarify” his standing on the Holocaust by the student, who also mentioned that the leader previously said he is “glad to be labeled anti-Semitic.”

Mohamad replied, “I am exercising my right to free speech. Why is it that I can’t say something against the Jews, when a lot of people say nasty things about me, about Malaysia, and I didn’t protest, I didn’t demonstrate?”

He also denied debating that 6 million Jews were killed in the Holocaust, but then went on to question the number. He said, “Well, I have not disputed them, but I have said that ‘Who determined these numbers?’ If it is somebody who is in favor, you get one figure, if somebody who is against, you get another figure.”

In the past, Mohamad called Jews “hook-nosed,” and said they “rule the world by proxy.”

The educational institution was under fire for inviting him to speak, with World Jewish Congress president Ronald S. Lauder saying the school “should be ashamed of themselves.”

Columbia University president Lee Bollinger defended the Malaysian leader’s appearance on campus in a letter to student groups, saying in part that the invitation is neither a “validation” or “endorsement” of the speaker’s views.