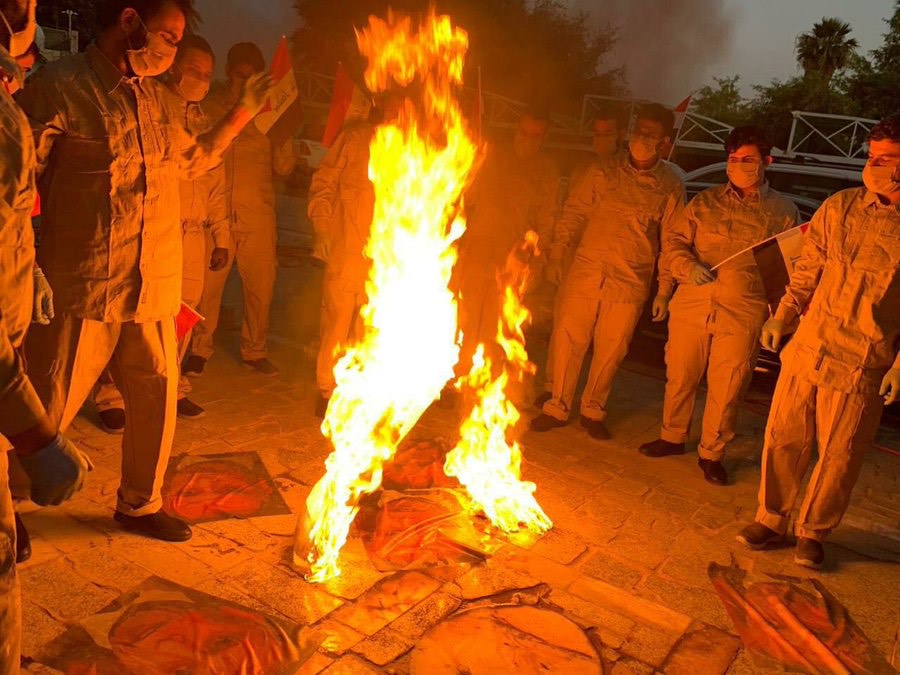 Pro-Iran Iraqi Militias Burn Images Of Their PM, Israel And US Flags

A group of men affiliated with the pro-Iranian Kataib Hezbollah, who had been released after a counter-terror raid several days earlier, burned the Israeli and US flags and trampled on photos of Iraq’s prime minister.

It is the latest show of force by Iranian-backed elements in Iraq – who are part of the official security forces but increasingly seek to supplant the state the way that Islamic Revolutionary Guards have done in Iran, and via Hezbollah in Lebanon and the Houthis in Yemen.

There is no precedent historically for a unit of the security forces burning an image of its own commander, except as a show of force indicating that pro-Iranian groups now control Iraq.

This is a contest of wills between Iran and the Iraqi people, Iran and the US and Iran and the region in general. Protesters in Iraq have been demonstrating since last October for better standards of living and infrastructure.