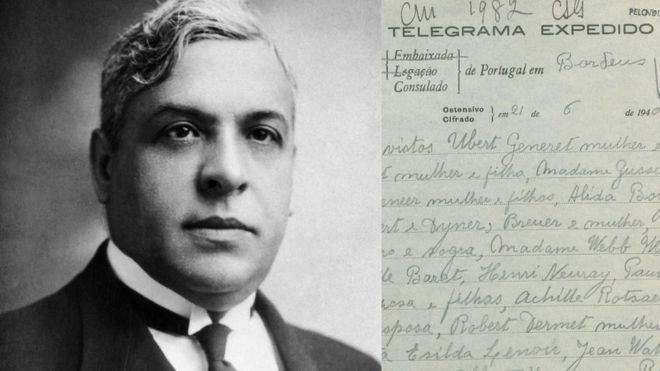 Portugal’s parliament unanimously approved a bill last week to posthumously honor former Bordeaux Consul General Aristides de Sousa Mendes with a disembodied tomb at the National Pantheon. Mendes is credited with saving thousands of lives, including approximately 10,000 Jews, by directly disobeying orders and issuing thousands of visas to those attempting to flee the advancing Nazi army.

Deputy of the Assembly of the Portuguese Republic and Member of Parliament Joacine Katar Moreira, who introduced the legislation honoring Mendes, called him “ a heroic figure in Portuguese memory” and “a virtuous example for generations to come” who represents “a national heritage” and “an ethical legacy.”

During his general audience on June 17, Pope Francis made specific reference to Mendes:

“Today is the ‘Day of Conscience’, inspired by the witness of the Portuguese diplomat Aristides de Sousa Mendes, who around 80 years ago decided to follow the voice of his conscience and saved the lives of thousands of Jews and other persecuted peoples,” Pope Francis said.

According to historian Mordecai Paldiel, Mendes suffered a “moral crisis” after he offered to help his close friend Rabbi Chaim Kruger and his family cross the Spanish border and flee Hitler’s approaching army. While appreciative, Kruger turned down the offer, explaining that he couldn’t abandon the thousands of Jews stranded in Bordeaux. After several days spent agonizing over what he should do next, Mendes, the father of 12 children, started issuing thousands of visas to those in need, going so far as to sign visas on the street.