Pompeo: U.S. blocked $165m in funding due to Palestinian incitement 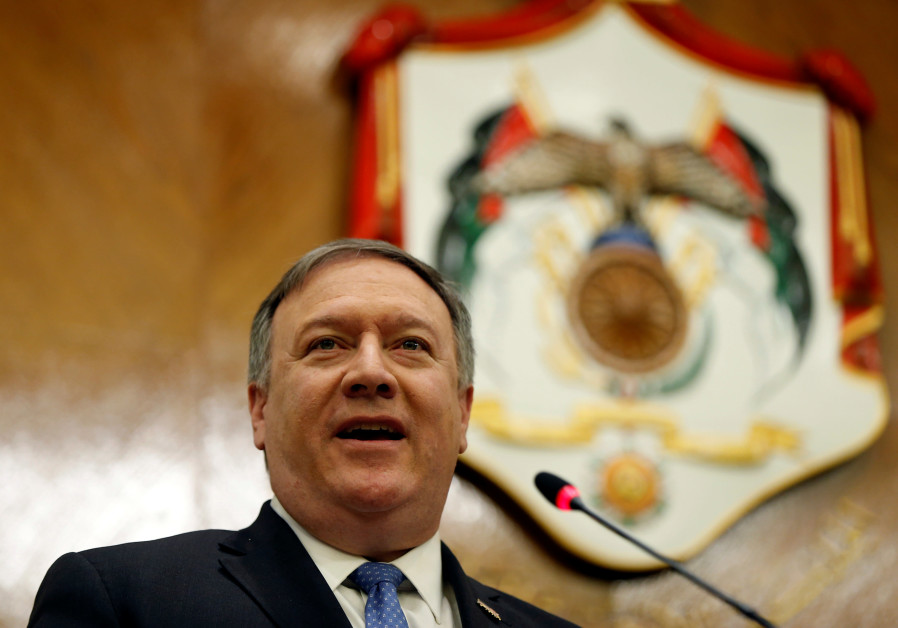 The State Department on Wednesday denied a $165 million transfer of aid to the Palestinian Authority over its failure to adhere to the Taylor Force Act, a law that bars the government from continuing aid to the PA unless Ramallah ceases its practice of compensating the families of murderers and terrorists convicted in Israel.

“I actually signed a memo today with respect to the Taylor Force Act, denying $165m. that would have been appropriated to the Palestinian Authority,” US Secretary of State Mike Pompeo told an American-Jewish organization Wednesday evening, to applause, questioning whether Israel would have a partner at the negotiating table with Palestinians going forward.

“That number is a rough estimate of the amount of money that was paid out on – for the various violations the Taylor Force Act was designed to enforce,” Pompeo said. “The behavior has not changed materially, and this administration has taken – much as it did with the [Jerusalem] embassy – has taken a historic approach.”

Pompeo’s move to withhold the aid came as the Palestine Liberation Organization’s office in Georgetown shuttered its doors – another order from the Trump administration, which accused the Palestinians of failing to engage in the sort of serious diplomatic effort with Israel that had justified the office opening in the first place.

The secretary also teased the Trump administration’s upcoming peace plan as a “truly historic” effort to broker an agreement between Israelis and Palestinians, accepting an award from the Jewish Institute for National Security of America in Washington.