Pompeo: Trump ‘fully prepared’ to use military action against Turkey 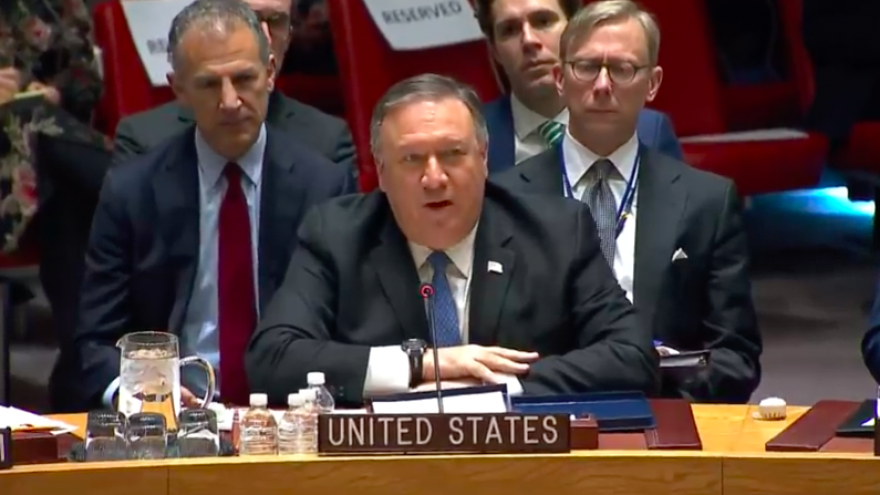 In an interview with CNBC’s Wilfred Frost, Pompeo said the “world should know” that “where we see American interests at stake or fundamental norms around the world that need to be enforced, we’ll use all the powers that we have.”

While the administration’s preferred measures were economic and diplomatic, he said, “In the event that kinetic action or military action is needed, you should know that President Trump is fully prepared to undertake that action.”

Pompeo did not specify what Turkish actions would prompt a U.S. military response, saying he did not want to “get out in front of the president’s decision about whether to take the awesome undertaking of using America’s military might.”

Pompeo’s remarks about the crisis on Syria’s northern border came weeks after Trump’s abrupt withdrawal of troops from the Syrian region ahead of a Turkish invasion. Turkey’s aim is to establish a “safe zone” along the Syria-Turkey border free of Kurdish fighters, particularly Kurdish People’s Protection Units (YPG) militia fighters. Turkey views the YPG as a terrorist organization.

A U.S. attack against Turkey, a NATO member state, would have major implications for the NATO alliance, which was established on the core principle that an attack on one member is an attack on all.

Following a U.S.-brokered 120-hour ceasefire in northern Syria, Turkey has warned that its assault will continue if Kurdish forces do not evacuate from the area by 7 p.m. GMT Tuesday, and that it will create a 75-mile “safe zone” between the border towns of Tal Abyad and Ras al-Ayn.

The Syrian Kurds have accused Turkey of violating the temporary truce by attacking the Ras al-Ain on Friday.

Israel has been closely monitoring Turkey’s offensive, with Prime Minister Benjamin Netanyahu meeting with Pompeo on Friday in Jerusalem. Israeli leaders, experts and protesters have expressed concern not only about ethnic cleansing of the Kurds by Turkey and its proxies, but also with regard to the strengthening of Muslim Brotherhood-affiliated extremist Sunni forces in northeast Syria, as well as the potential for Iran to fill the vacuum left by the United States.

More than 1,000 Islamic State prisoners have been released by Turkish-backed proxy forces with ties to extremist groups since the Turkish incursion, which started on Oct. 9 following phone call days earlier between Trump and Rukish President Recep Tayyip Erdoğan. In the days since, more than 200,000 people have fled the area, and some 200 civilians have been killed.