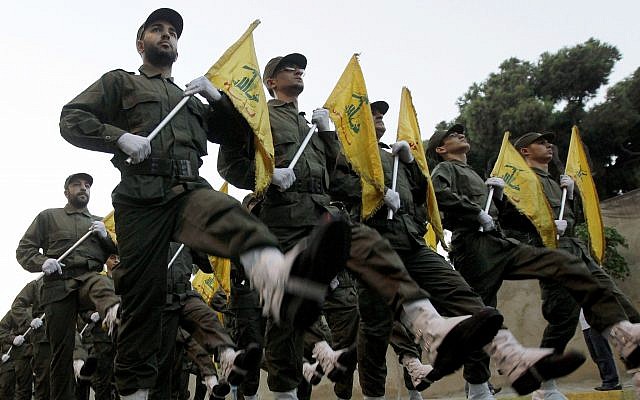 US Secretary of State Mike Pompeo on Monday praised three south American countries for declaring Lebanon’s Hezbollah a terror group, while criticizing Venezuela for continuing to support the organization.

“We applaud the announcements of Colombia, Honduras, and Guatemala to designate Iran-backed Hezbollah a terrorist organization,” Pompeo tweeted. “It and other transnational terrorist groups remain active in the region. The US continues to rally international support to counter these threats.”

Hezbollah “has found a home in Venezuela under Maduro. This is unacceptable,” Pompeo said as he met with Venezuelan opposition leader Juan Guaido for strategy talks. Guaido is recognized by the US and nearly 60 other nations as Venezuela’s rightful leader.

“We declare Hezbollah a terrorist organization and will include it in the registry of persons and institutions linked to acts of terrorism and its financing,” Honduran Deputy Security Minister Luis Suazo said, according to the Reuters news agency.

On Sunday, Honduran President Juan Orlando Hernandez said his government would blacklist the terror group, via a series of policy pronouncements.

He also shared a video on Twitter of him speaking to the Israeli-American Council last month about the bombings of Jewish and Israeli buildings in Argentina in 1992 and 1994, thought to have been carried out by Hezbollah and Iran.

President Hernandez noted that Guatemala’s president had agreed to designate Hezbollah as a terror group, as well.

Last year, Argentina and Paraguay blacklisted Hezbollah, leading Hernandez to announce in November that his country would follow suit.

Hezbollah is listed as a terror organization by the US, UK, Canada, and the Arab League. The European Union currently deems only the group’s military wing as such.

Hezbollah was formed in 1982 under the guidance of Iran’s Islamic Revolutionary Guard Corps to combat Israel. It has since served as the Islamic Republic’s arm at Israel’s doorstep.

It has risen from a small-armed group located mainly in south Lebanon to a formidable force with a major presence in and influence on Lebanese politics.

The group possesses tens of thousands of trained fighters, as well as an array of sophisticated armaments. Its intervention in Syria on the side of President Bashar Assad also expanded its influence and reach in the region.

It has been blamed for multiple terror attacks and terror plots targeting Israelis around the world.

Under UN Resolution 1701, which ended the 2006 Second Lebanon War between Israel and Hezbollah, Lebanon committed to disarming the Iran-backed terror group, but has failed to do so.